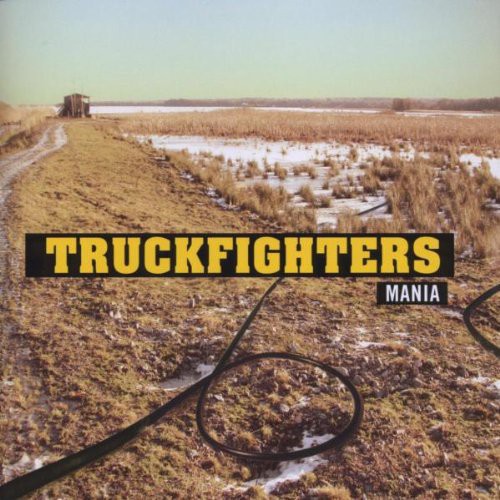 Imagine you take the best of today's modern rock like QOTSA, Foo Fighters and Wolfmother, put it into a blender and mix it with more progressive bands like Opeth, Mars Volta, Fantomas... Then I think you got a good idea of what Truckfighters created on their third fullength effort, MANIA! That's actually a good word to describe the music, they invite the listeners to a full-scale rollercoaster ride into the magic word of the Truckfightersmania. A CD full of wonderful dynamic songwritings that are the bands trademark. Nicely and smooth they goes from angry to sweet and from mellow to tender. Yeah that's right! It's really hard to put words to describe it, it's like looking at a beautiful painting, is says more than 1000 words. After more than 200 live shows all over Europe, 2 European tours supporting the fuzz legends in Fu Manchu, Truckfighters have developed and explored new areas in music. The new album is different from their first fullength effort "Gravity X" released in 2005. You could hear some progress already on the "phi" album, but the journey is now completed, the circle is closed. New or old fan, you won't be disappointed, fasten your seatbelt! We present the new Truckfighters album MANIA.