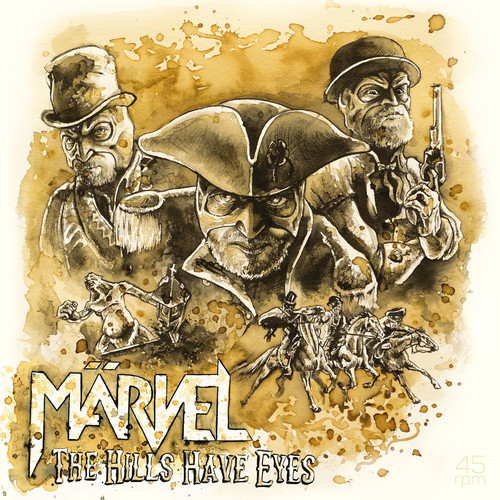 To follow up their critically acclaimed album from last year, Hadal Zone Express, Märvel teamed up with legendary engineer and producer Fred Estby, in his Gutterview Recorders studio. The collaboration was an instant success, and the perfect result is a powerful album, "The Hills Have Eyes" that will be released as a gatefold vinyl. First single and video from the album was "The Hills Have Eyes", a perfect storm of soulful harmonies, pop chords and seventies grooves and as second single, lifted off of W.A.S.P.'s debut album from '84, and of course penned by the mighty Blackie Lawless, "L.O.V.E. Machine" is all you ever wanted and craved from a great rock track, with it's fantastic 'straight to the head' pop melodies, combined with flesh throwing riff coolness. The track has been a regular in Märvel's live sets for some time, and with their re-work, they've added their classic brand of soul, seventies rock and melodic pop to the mix, to make it truly their own.