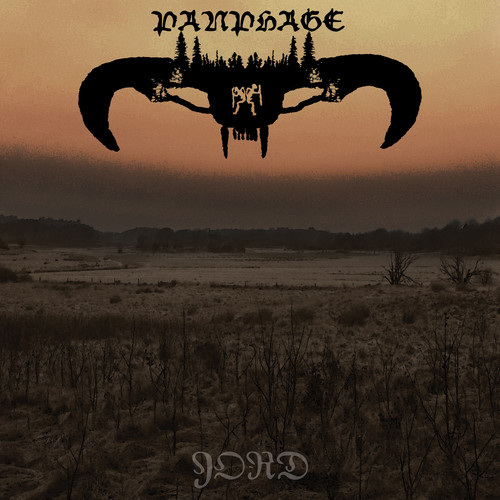 Vinyl LP pressing. 2018 release. Hear the horn of Heimdall which signals the coming of the end. It is time to return home. Jord - the Swedish word for soil - is that which, through the bonds of debt and inheritance, links us in the chain of time to the past to those who came before and those who will come after us. The soil which fed us is also the earth in which we will be interred and we are hereby invited to see the funeral pyres as Panphage is laid to rest in the soil of the fathers. Toiling in the underground for over a decade before his first full-length, 2015's Storm, sole musician Fjällbrandt, much like Jord - the giantess and mother of the god of thunder - gave birth to lightning and took the black metal world quite literally... by storm. Now on his third and final album, Jord, an ode to heritage and to the death and rebirth of earth, Panphage continues his meditations on Swedish folk songs which came before him - black metal which feels as ancient as the stories which fuel it. Still as furious as ever, but wiser now, Fjällbrandt's force continues to focus; a hidden enormity driving through the blistering snow and cracked earth which shaped his art. Much like Jord before him, Panphage's now returns to the shadows beneath, letting his own lightning son extend into eternity.