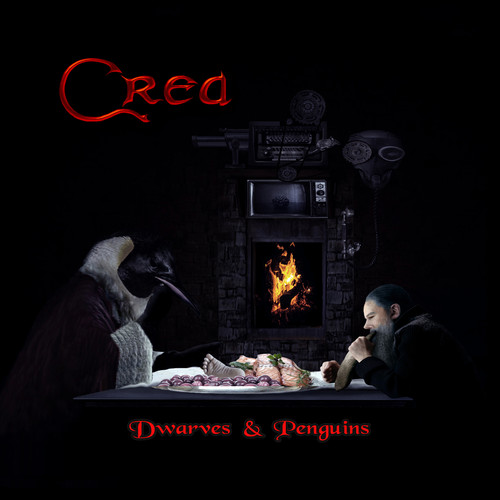 Crea has never really been interested in sounding like anything else. Crea is not afraid to explore and question our multi-nuanced reality. Armed with poetic stories that are often based on human behaviour Crea gives room for each tone to paint a vivid picture heading into the listeners mind. Crea is a progressive Linkoping-based rock band that has been around since 1988 led by founder-member guitarist and vocalist Peter Gren. From the beginning, the band was called Mugabes Manna which in 1989 was changed to the Crea Brotherhood. In 1990, their current drummer Sonny Johansson joined the band and they dropped the brotherhood to change to a shorter name, thus Crea. Bassist Nicke Bjerke joined the band in 1992 and in 2001 they made their last gig with their keyboardist Tomas B who had to leave the band because of personal reasons. Crea then continued to exist as a trio until 2013 when keyboardist Anders Karlsson joined the band. Several other members have come and gone over the years, such as several choir singers, 1 lead singer, 1 violinist, 2 previous bassists, 1 former drummer and also a guitarist who participated in the years 1988-1992. Several recordings and gigs of songs have been made through the years in smaller formats. But it wasn't until 2018 things really became magic. Crea came in touch with Roy Lunberg, producer and owner of Studio Connect. Roy had just bought and rigged a new drum set in his studio and wanted to make a test recording. Roy was so amazed by Crea so instead of recording one song, Crea was allowed to record 8 songs that Roy both produced and mixed in his studio called "Studio Connect" An entire album came to life. After having signed a contract with Sound Pollution in the spring of 2019, Crea was finally ready for the whole wide world with their album Dwarves & Penguins.