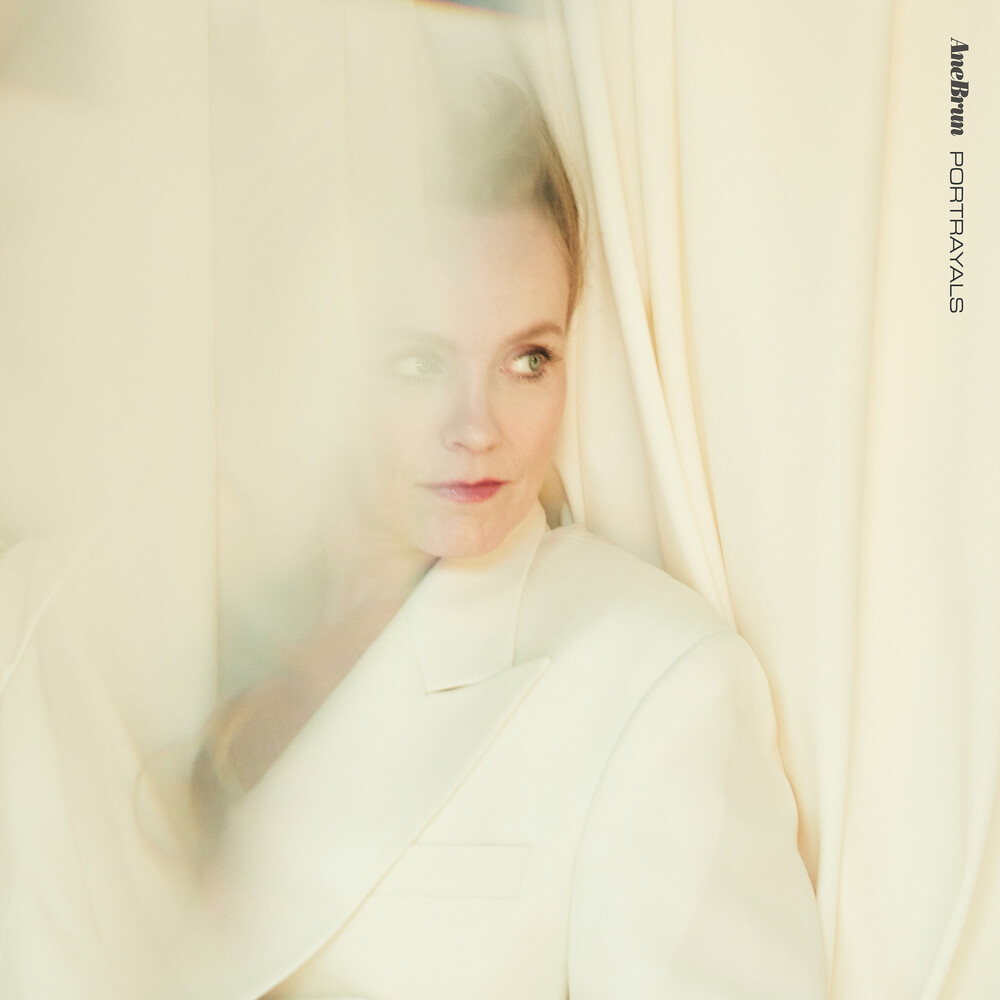 Two decades into her career, Norway's Ane Brun has come a long way from busking other people's songs on the streets of Barcelona. And yet, in some respects, not that far after all. Now a much-loved singer-songwriter in her own right, with ten studio albums and multiple awards to her name, Brun continues to lend her singularly expressive voice and intuitive feel for melody to the fine art of the cover version. In Brun's hands, even songs that feel untouchable are brought close and revealed in a new and intimate light. Whether reimagining Beyoncé's all-conquering 'Halo' with a cello quartet arrangement by Linnea Olsson, or bringing a ghostly fragility to Radiohead's 'How To Disappear Completely', she dives in undaunted, seeking out the emotional core of each song and working outwards from there. Portrayals gathers together for the first time twelve of Brun's most popular covers, plus a previously unreleased version of the Rodgers & Hart standard 'Blue Moon'. Collectively streamed over 250 million times on Spotify and featured on film soundtracks, adverts, and landmark TV series such as 'Normal People' and 'Peaky Blinders', Brun's reworkings move in tender, unforgettable, and often startling ways. Portrayals is the first in a series of planned 2023 releases to mark the 20th anniversary of her debut album, Spending Time With Morgan. "Covers have been such a big part of my career," says Brun. "It's almost a career in itself. It has it's own dynamic. I wanted to celebrate that by giving these songs their own space.""A stately, graceful and gorgeous meditation" - Metro "A phenomenal record." Times "Brings her shivering sensuality to well worn standards." Daily Mirror "Haunted and inspired." Mojo "An exquisite naked beauty that gently tugs at the heartstrings." - Big Issue "Something quietly magical." - Record Collector "Indispensable."- Classic Pop magazine "It's not often that covers albums sound this personal." - Louder Then War"The incomparable Ane Brun's cover of Radiohead's "How To Disappear Completely" is stunning" - THE LINE OF BEST FIT"... exquisite" - THE INDEPENDENT"Faint, somewhat unadorned, and transfixing throughout, it's a very special recording and one that might well change the shape of your day." - GOLD FLAKE PAINT