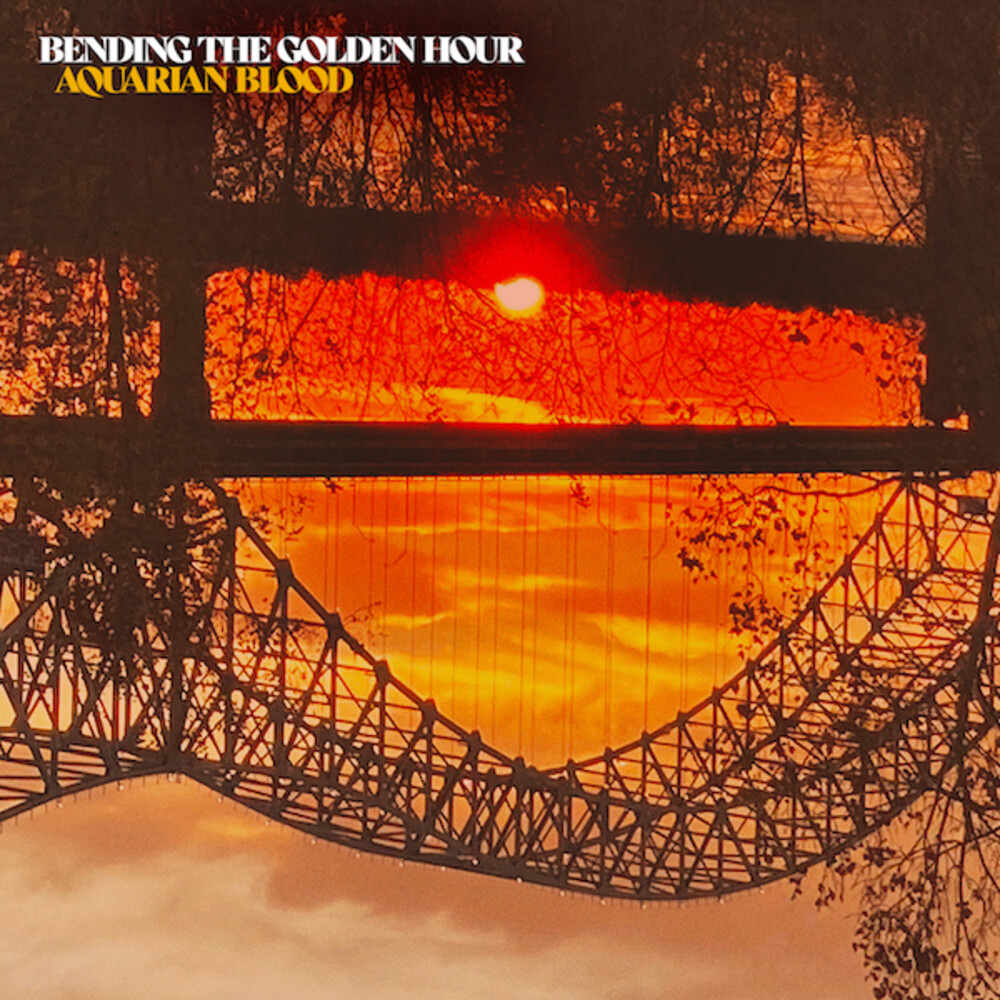 With Bending The Golden Hour, the third album from Memphis, Tennessee's Aquarian Blood, husband and wife team J.B. Horrell (Ex-Cult) and Laurel Horrell (formerly of the Nots) continue the gorgeously stripped-down and atmospheric direction set on their critically acclaimed previous effort A Love That Leads to War. While Aquarian Blood has roots as a chaotic punk rock six-piece, the band shifted gears after two raucous cassette-only releases on ZAP Cassettes, a pair of seven-inches, and 2017's Last Nite In Paradise, released on Goner Records. After drummer Bill Curry broke his arm, the Horrells redefined Aquarian Blood, reemerging in early 2018 as the more intimate, mostly acoustic balladeers behind the staccato, fever dream sound of A Love That Leads to War. Like it's immediate predecessor, Bending The Golden Hour was recorded at the Horrells' Midtown Memphis home. The band turned over forty-three tracks to Goner co-owner Zac Ives, who handpicked seventeen songs for the album. The final result is shimmering and hopeful; as beautiful and sparse as a Rockwell Kent snowscape.