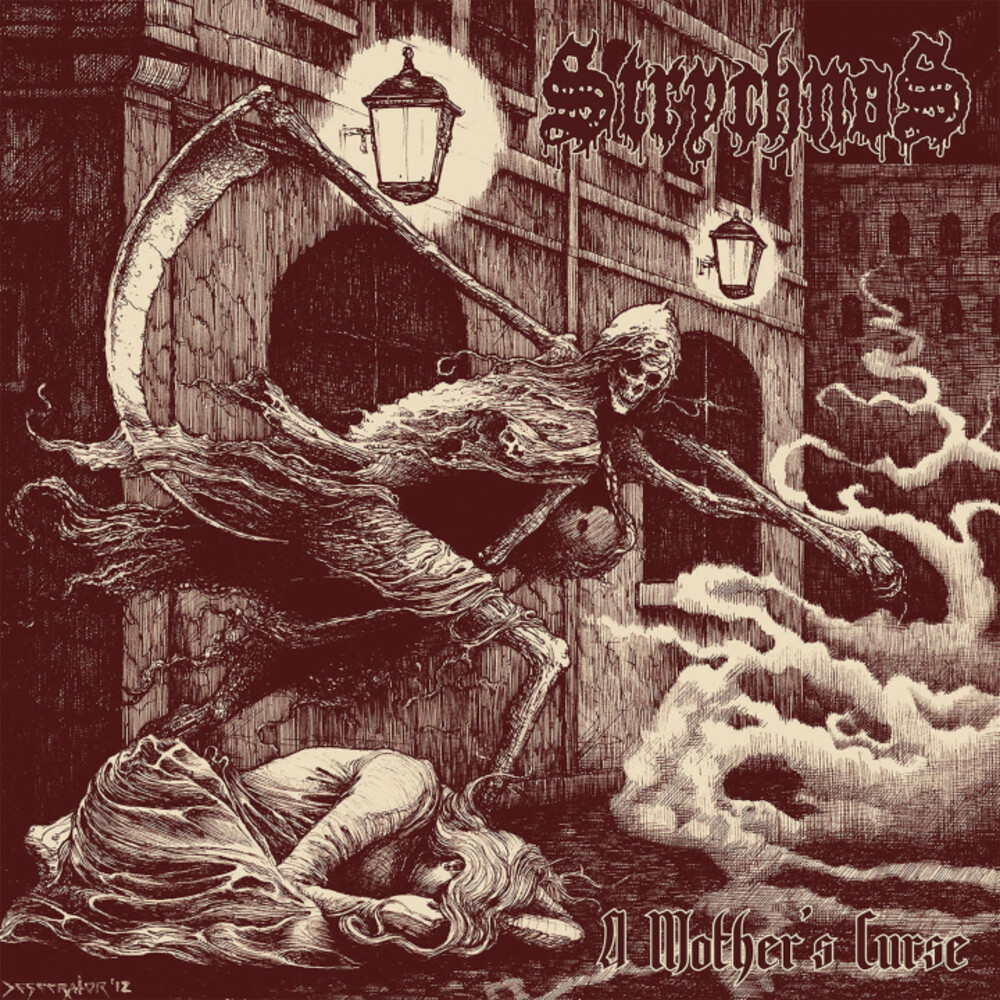 Danish extreme metal veterans Strychnos reveal their long-awaited debut A Mother's Curse on Colorado Springs' Dark Descent Records... Formed in 1997 by Martin Leth Andersen (also of Undergang fame), Strychnos might just be the Danish underground's best kept secret. A Mother's Curse is the product of a craft perfected over twenty-five years of toil, a true celebration of extreme metal mastery that surpasses all genre limitations."We are proud to finally present eight tracks of pitch-black death metal tragedy as it was always intended to be: dark, atmospheric, brutal, and tragic!" exclaims Andersen.The intricately sculpted compositions shift seamlessly between moods of terror, hope, and tragedy, building a momentous atmosphere rarely achieved in this day and age. Add to this the inventive riffing and bone-shattering vocals of the highest order and the result is A Mother's Curse.The truly complete work is wrapped in stunning cover by the inimitable Daniel Corcuera: "The chilling motif is based on Danish sculptor Niels Hansen Jacobsen's statue Death And The Mother from 1892, depicting a young woman in the moment of ultimate tragedy. Jacobsen was inspired by the ending of The Tale Of A Mother, a story written in 1847 by famous author Hans Christian Andersen: 'And Death walked with her child into the unknown land.' "