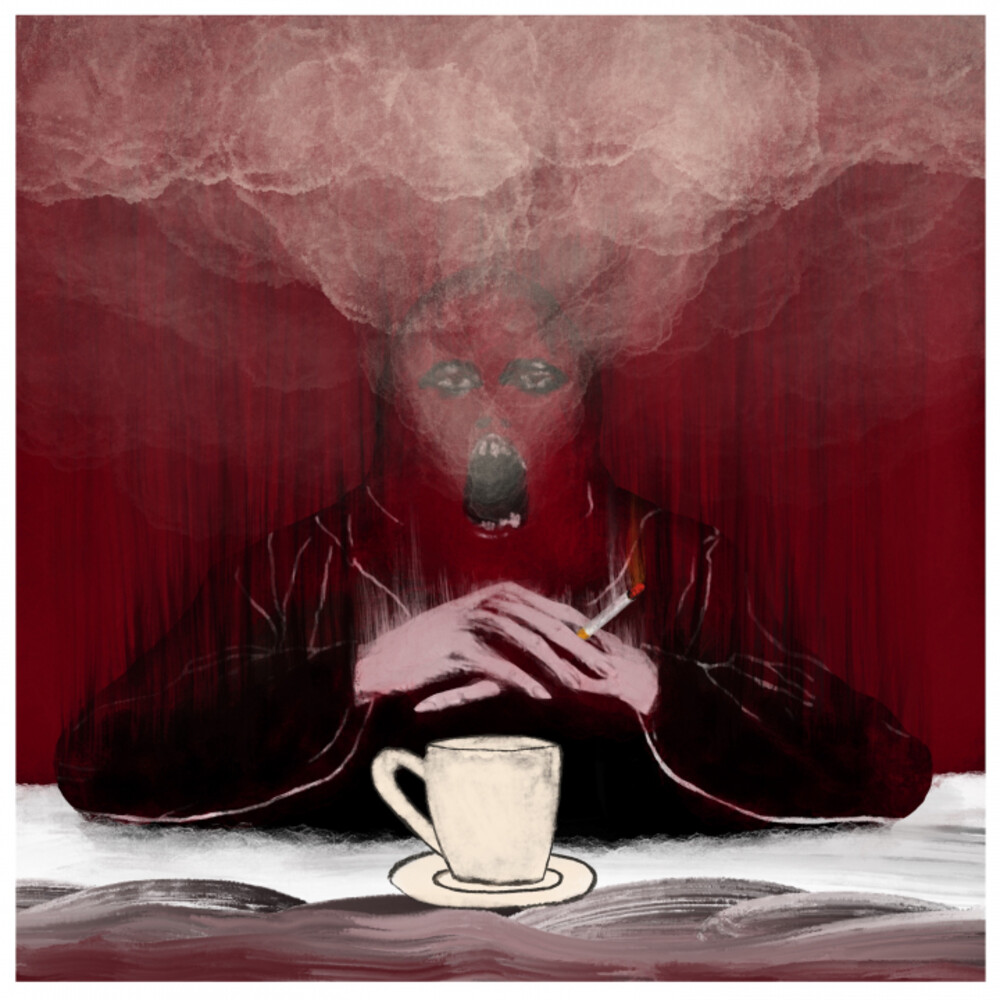 Of all things, it's laughter that pervades Mamaleek's Diner Coffee, the San Francisco metal deconstructionists' sonically crushing ode to the humor found within catastrophe, American diners, and "the little things." Featuring a mix of live performances, samples, and field recordings, Diner Coffee laughs through it's harsh songs in an attempt to reflect the camaraderie found at the heart of global calamities and changing personal situations. It's an homage to the quotidian set to the backdrop of the mythologized, sanctuary-like properties of a diner, reveling in irony-less nostalgia.Mamaleek embodies this ethos on and off the record. Originally two anonymous brothers, the past few years have seen Mamaleek adding members and venturing into live performance. Diner Coffee, following in the footsteps of 2020's Come & See, features new, unfamiliar, unknown voices-including expanded experiments with horns, woodwinds, and strings and a Bay Area-local blues harmonica player who improvised recorded selections during practices. The resulting tracks touch on signifiers from black metal, blues, ambient, and more.Diner Coffee simultaneously represents the band's artistic progression and the state of the world. Taking a surprisingly optimistic perspective, Mamaleek once again puts forward a project of left-field, wholly unique compositions, eluding easy categorization and furthering their abstraction of genre."The group cloaks it's music in the kind of warm, hypnotic distortion that defines shoegaze, and underneath that haze is a style that's conceptually abrasive yet altogether beautiful." -Forbes