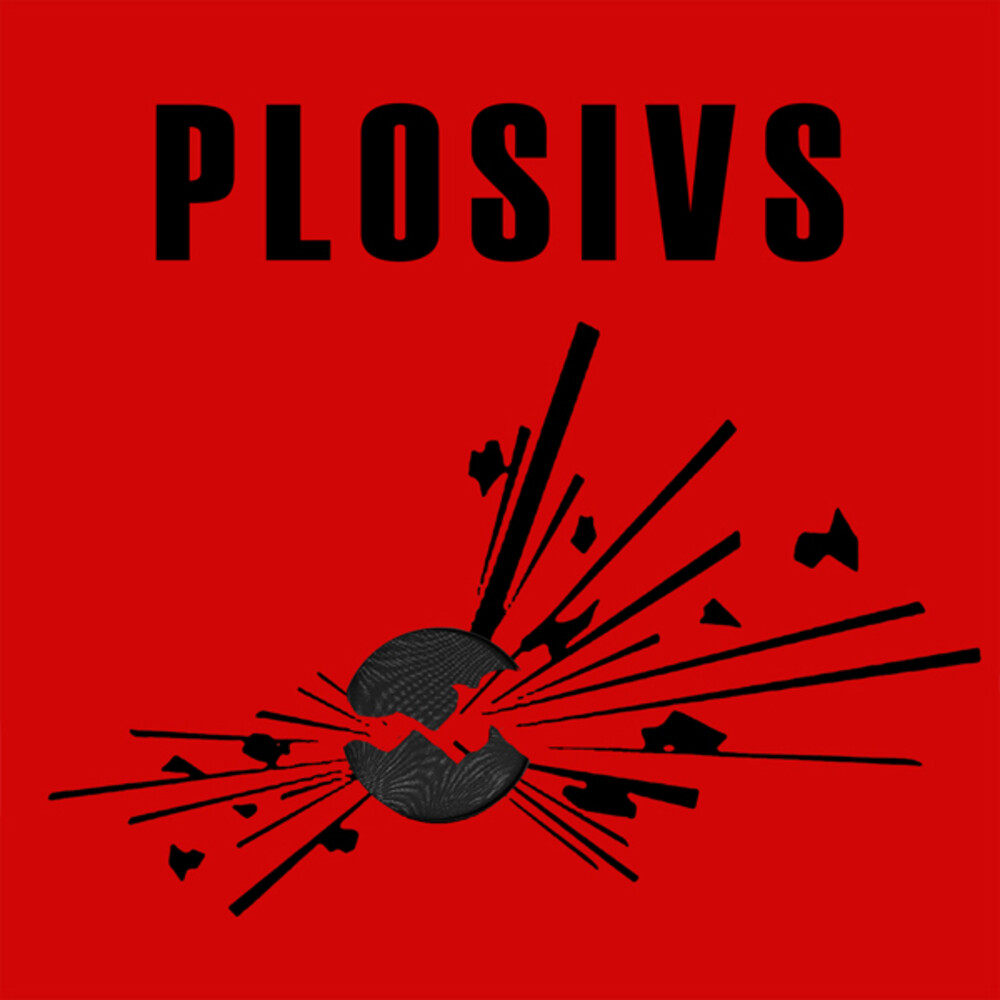 Plosives denoting consonants that are produced by stopping the airflow by using the lips, teeth or palate, followed by a sudden release of air, the misspelling of PLOSIVS is intentional. In audio recording it refers to the loud, vocal pop created by the hard consonant that overwhelms the microphone and causes it to distort.So what does this have to do with a new, angular and melodic punk band from San Diego? Perhaps their affection for this anomaly is celebrated and is symbolic of their appreciation for imperfection. Or maybe the word just sounds cool to them.Although PLOSIVS is a new outfit of very young, handsome men, personally, they have accomplished much in their early careers. Vocalist / guitarist Rob Crow is known for being in Pinback, Heavy Vegetable, Thingy, Physics and hundreds more. The length of drummer Atom Willard's résumé rivals a CVS receipt and is a who's who of alternative rock royalty: Against Me!, The Offspring, Rocket From The Crypt, Danko Jones, Social Distortion and Angels And Airwaves. Jordan Clark played bass with Mrs. Magician and guitar for The Frights and The Soaks. And prior to PLOSIVS, guitarist John Reis was and still is associated with Hot Snakes, Drive Like Jehu, Rocket From The Crypt, Night Marchers, The Sultans.Together, they independently isolated during what then seemed like the height of the pandemic (October 2020). After a short duration of ideas passed back and forth, they convened as a group for the very first time at Singing Serpent Studio in San Diego with Ben Moore at the controls and recorded this ten-song self-titled record. A foundation of guitar dissonance, velocity and harmonic interplay is the basis for it's concept in creating tension and release. The rhythm section is not content to merely fortify the bedrock. Instead, jet propelled, accents lash and Earth is moved. Crow's voice is the guide that illuminates the implied melody. His easy tone contradicts the hectic atmosphere yet it's compatibility invents the entire mood. Together, PLOSIVS is something only this assemblage of "road dawgs" could develop and create during these uncertain times."PLOSIVS is a new band with some very familiar faces. Their debut single is a fired- up, punky indie rock song that basically sounds like the middle ground between Pinback and Hot Snakes." -Brooklyn Vegan