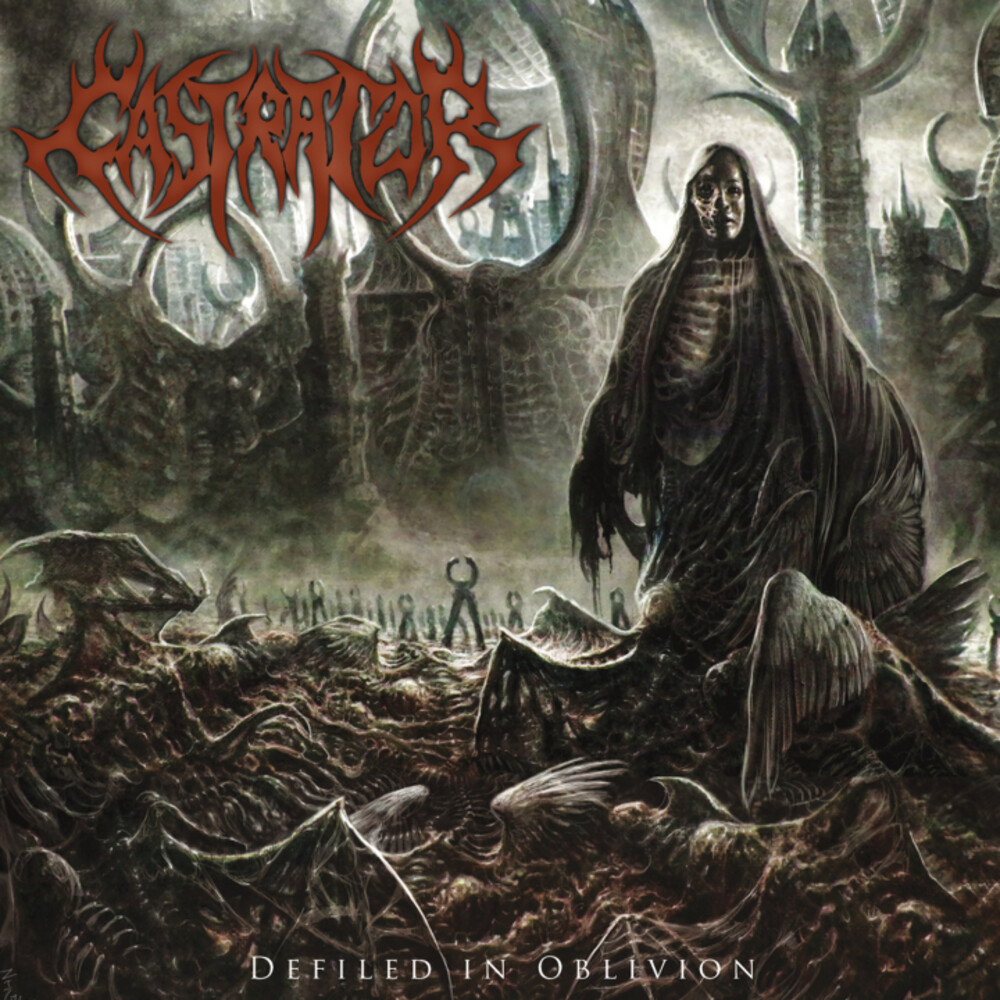 This summer, furious old school mastery returns to Dark Descent Records in the form of Castrator's long-awaited debut album Defiled In Oblivion. Nearly seven years have passed since their No Victim EP set the scene aflame... yet these were mere warning shots across the bow. With their third release to date, the New York four-piece have perfected their blend of fierce old-school USDM to a fault. More uncompromising and ruthless than ever before, Castrator's zero-fucks-given approach rips and shreds across nine hypnotically violent new tracks (alongside a cover of Venom's "Countess Bathory") and makes Defiled In Oblivion a release to be reckoned with. Boys club beware!