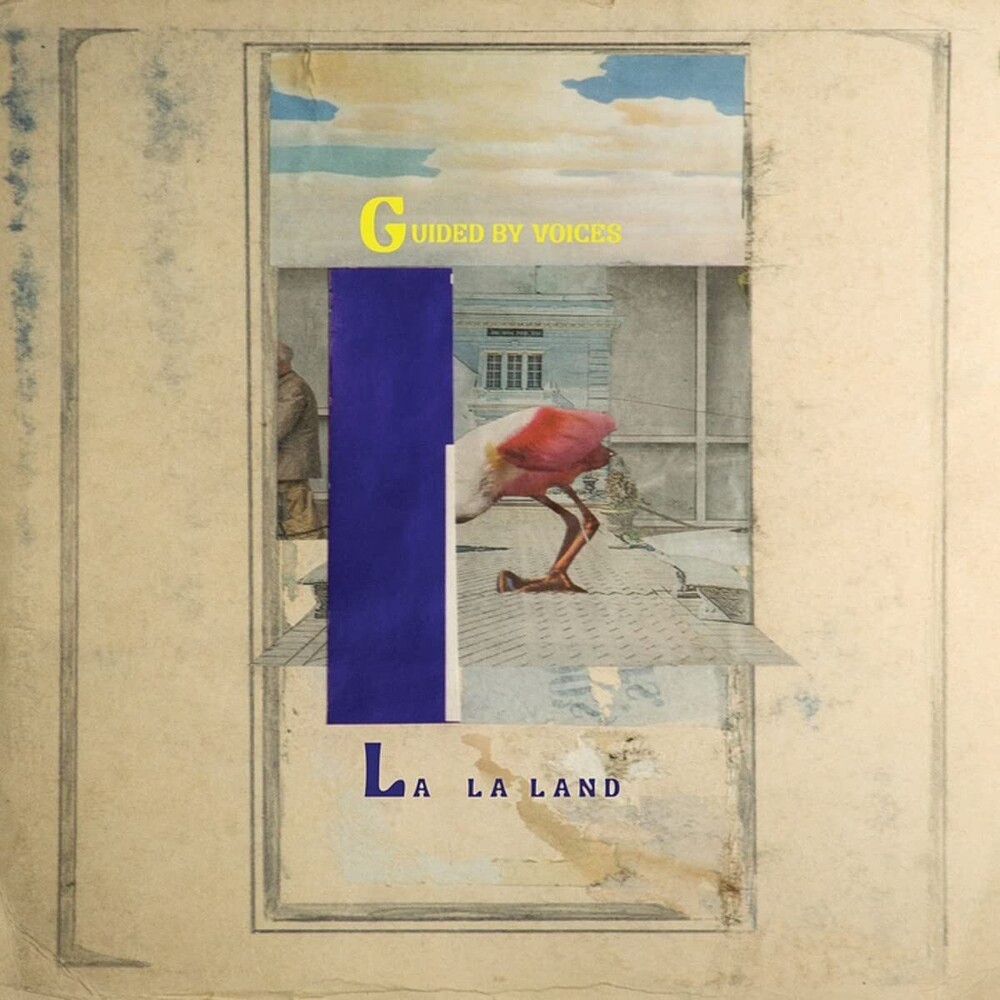 La La Land doubles down on the intricate proggy-pop displayed on Guided by Voices's last album Tremblers And Goggles By Rank. On a hot streak of critical acclaim, Robert Pollard continues expanding his songwriting towards extremes of prettiness, heaviness and poeticism. As always, unforgettable hooks are everywhere. But with thsi latest, it seems Pollard is playing with the extremes of his abilities as a songwriter, emboldened by the power of this lineup now on their fourteenth album together since 2017. The prettiest stuff is prettier than ever ("Queen Of Spaces") and odder, more complex songs like "Slowly On The Wheel" combine minimalism, whimsy, and cinematic inclinations. There are the exquisite power pop bangers that fans come to expect like "Ballroom Etiquette" and "Pockets." Tracks like "Instinct Dwelling" and "Caution Song" effortlessly display a cranked-up weight and complexity most bands could never muster. Celebrating forty years in 2023 with their thirty-eighth album, GBV has lately been garnering rave reviews from Rolling Stone, Stereogum, Brooklyn Vegan, Uncut, MOJO, Shindig, Paste, Popmatters, The Quietus and many more.