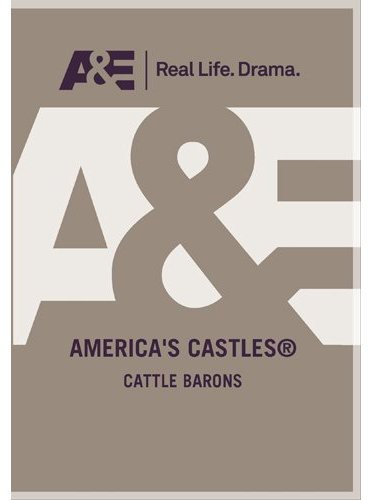 Some of the finest homes in America were built by the nation's cattle barons of the West and now AMERICA'S CASTLES has exclusive access to these extraordinary estates. Cherokee Ranch in Colorado was designed in the style of a Scottish Castle circa 1450. It includes plaster molding of the 16th century and wrought iron doors from the 18th century. The present owner is an 82-year-old heiress who raises champion cattle by day and throws lavish parties by night. King Ranch, near Kingsville, Texas, is bigger than the state of Rhode Island. It is the largest ranch in the continental United States - 826,000 acres spreading over four counties. The two-storied, twenty-five-room house is built around a central patio, providing all rooms with two exposures. Bronze doors, balustrades and marble stairs were imported from Italy while the wrought iron and stained glass work was provided by Tiffany. Trail End Historic Center in Wyoming was built by John B. Kendrick. The Flemish-style home was completed in 1913 with golden oak and mahogany paneling, stained glass, an elevator, a central vacuuming system, eight bathrooms, a ballroom and an English gothic library. Thistle Hill was built by cattle baron W.T. Waggoner for his daughter Electra. The famous home on the hill features a pergola and tea house as well as turn-of-the-century furnishings.