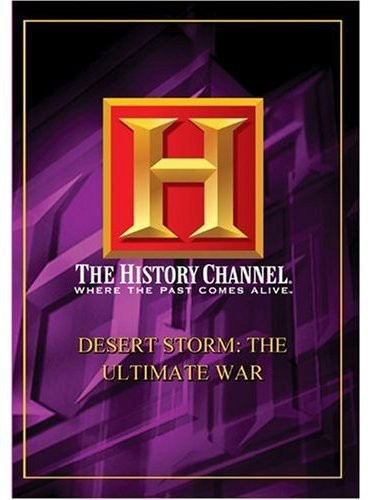 Seven years after the fact, the true story of Desert Storm is coming into view. Despite the dominance of the Coalition victory, the outcome was by no means certain when the fighting began. DESERT STORM: THE ULTIMATE WAR uses the testimony of many high ranking American officers to tell the complete tale of the first real test of the new military. Among the fighters interviewed are Army Major General Paul J. Kern (Ret.), Naval Admiral R. Stanley Arthur (Ret.), Marine Major General Michael Myatt (Ret.), Army Vice Chief of Staff General Ronald H. Griffith and Air Force pilot and former POW Colonel Dave Eberly. In their remarkable stories, an intimate portrait of the war emerges, much different from the sanitized version the world saw nightly on CNN. Learn of the revolutionary weapons systems that lived up to their billing in their first real test and those that didn't. Trace the progress of the war through stunning combat footage and the testimony of Lt. General Bernard E. Trainor, USMC Ret., co-author of The General's War: The Inside Story of the Gulf War. And discover how the lessons learned in Iraq have already reshaped the American military, further honing a fighting force transformed since Vietnam.