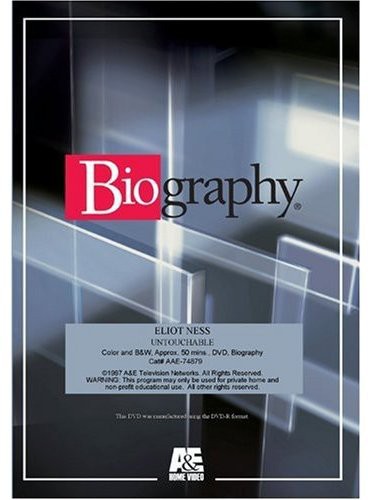 He was a prohibition agent who became an alcoholic. A moral idealist who married three times. A crime fighter whose name is forever linked with the gangster he didn't really catch! Eliot Ness's life is a tapestry of irony, but his legend has a life all it's own. In this revealing BIOGRAPHY the real story of the famed lawman comes to light. See how his legend was launched by a book he co-authored 25 years after his days with the Untouchables, in which he recklessly exaggerated his own importance and accomplishments. Paul Heimel, author of Eliot Ness: The Real Story tells how his real victories came after his Chicago years, when, as Director of Public Safety for Cleveland, he transformed that city from one of the nation's most corrupt and dangerous into the safest. And friends trace his long decline into alcoholism, and recall the final, sad days of his life. This is the revealing, true tale of the straight-arrow lawman whose life has been eclipsed by the legend he helped create.