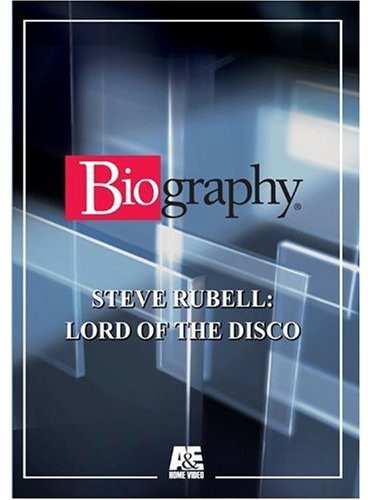 He was a small kid with big dreams who got a chance to make them real twice. But he paid a steep price for living the high life. Steve Rubell didn't invent disco or nightclubs, but the way he brought them together made him rich and famous. The man behind Studio 54 and the Palladium, Rubell single-handedly changed New York City's night life. But he got carried away by his success, and on the morning of December 14, 1978, IRS agents stormed Studio 54 and discovered enough evidence of tax evasion including $600, 000 hidden in the walls to put Rubell in jail for 13 months. BIOGRAPHY(R) traces the up-and-down life of Rubell with revealing interviews and behind-the-scenes photos from his clubs. See how the wiry kid from Brooklyn got rich, got greedy, got caught, got jailed, got out and got rich again. Friends and relatives reveal why he was driven to excess, and recall the glory days when celebrities like Andy Warhol, Bianca Jagger and Halston were regulars at his clubs. Your name is on the list, so step inside the velvet rope for an up-close look at the life and times of Steve Rubell.