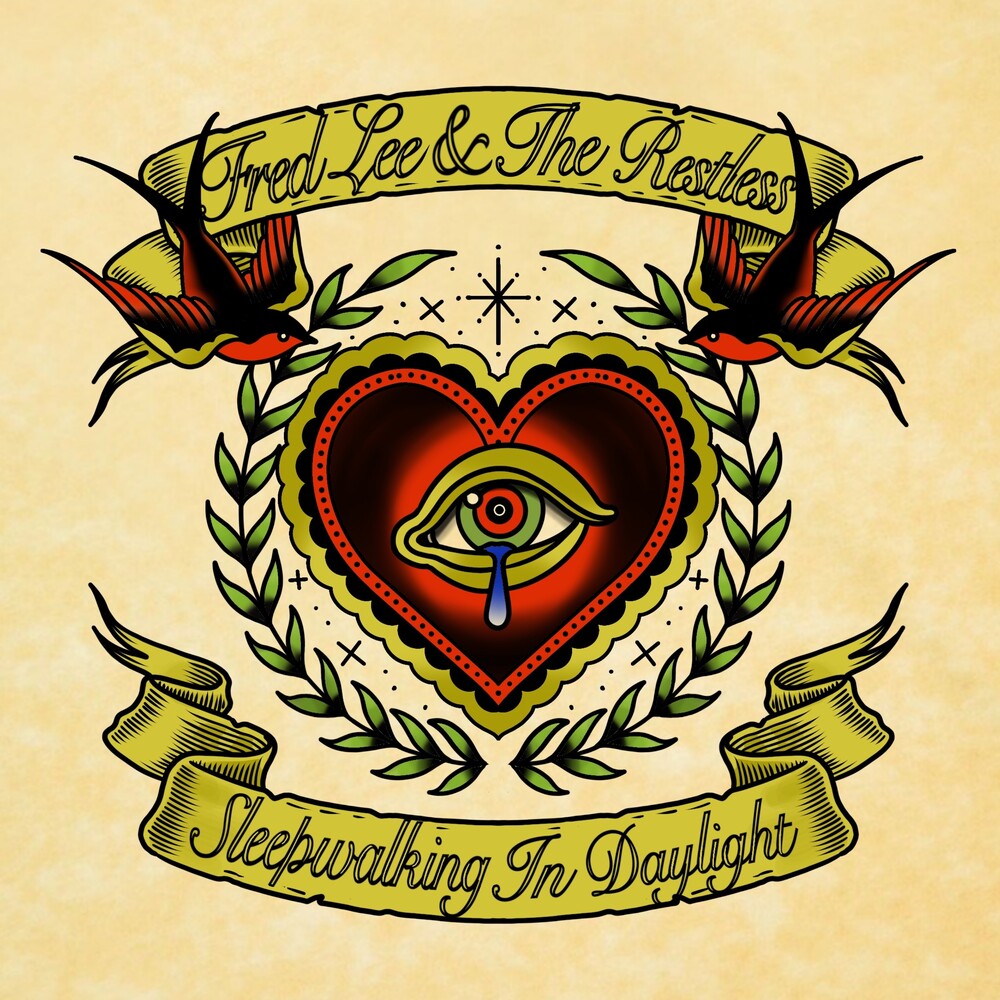 From fierce and dystopian hardcore punk to bittersweet folk-rock, Fred Lee & The Restless is the result of Fredrik Lindkvist's (Totalt Jävla Mörker) musical journey. His approach to songwriting is rooted in the darker spectrum of underground culture, yet expressed with colorful and heartwarming ambiance. The result is a unique take on folk-rock, defined by captivating lyrics and distinct melodies. Fredrik Lindkvist is mostly known as the lead singer and frontman of Swedish punk/hardcore band Totalt Jävla Mörker. Between the years 1997 to 2017, the band released 4 full-length albums as well as 4 EPs and became well-known for their dark, bitter, dystopian sound and most often political lyrics. Parallel to the years in Totalt Jävla Mörker, Fredrik played drums in punk outfit Knugen Faller and guitar in indie-rock constellation Royal Downfall. Fredrik is the current singer of hardcore band RIWEN together with Johannes Persson (Cult of Luna), Christoffer Röstlund Jonsson (DS-13), Christian Augustin (Totalt Jävla Mörker) and Marita Mätlik. He's also active in classic punk rock band Sista Brytet. "I love punk, and I love how it has shaped me as an individual. The do-it-yourself spirit has always been there, whatever type of musical project I've been a part of." Parallel to the years of screaming and playing in punk bands, Fredrik became more interested in singer-songwriter and storytelling traditions. With a love for Billy Bragg, Frank Turner, Brian Fallon, Bruce Springsteen and early soul music, a new set of songs started taking shape. During the summer of 2019, on a long train ride somewhere in Sweden, Fredrik decided to do something with these songs. He came up with a band name, decided on who should be part of his backup band, and established a simple philosophy; honest music straight from the heart, that sounds live even when captured on record. Once he arrived at his destination, Fred Lee & The Restless were born.