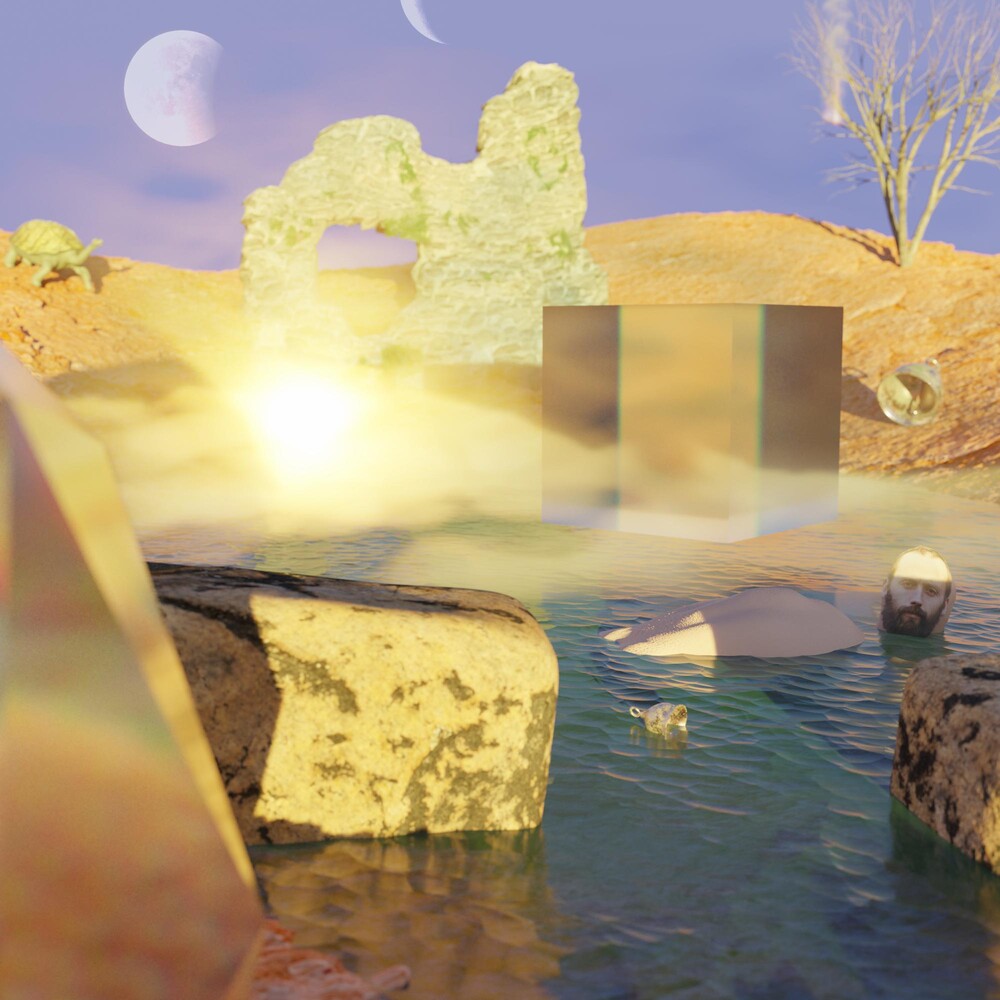 James Krivchenia (b. Minnesota, 1988) is a many-armed sculptor of music. The gentle but fierce wisdom of his drumming in Big Thief; the exceptionally loving chime-, drum-, and studio work with Mega Bog; the acoustic mirror framing the living collages of Causings. A through-line crossing this variegated musical landscape is his solo electronic work. Krivchenia’s solo works are the images that result from experiments with his conceptual particle colliders: an interlocking of idea and process, of determinism and chance, of abstraction and concreteness.

His previous solo work, No Comment (Left Door Tapes, 2018), shows an increasing clarity of intentional framing while never sacrificing the material joy of making music. No Comment worked through heavier concepts, culling from the audio of body camera footage of gun skirmishes from wars around the world uploaded to the internet, processing this material to bring the shadowy regions of our psyche to light as music, while making us aware of the pervasiveness of violence all around us.

A New Found Relaxation is a refinement of Krivchenia’s method of transforming concrete found material into abstract crystals that still shine with their original glow. Realized in spring of 2019 in the tiny town in New Mexico where he was living at the time, A New Found Relaxation is made from hundreds of tiny fragments of internet spa radio, ASMR youtube holes, field recordings and cast off muzak, processed through Krivchenia’s magic box of extreme outboard manipulations. This mass of fragments was then organized into an album-like frame that maintains this elusive balance between the surfacey calm of spa radio and the frenetic effects of the hyperreal processing. This balance illuminates the deep-structural mania of a globalized world ensnared in the internet, the ever-quickening global whirl of information and capitalism, the tenuousness of our collective life in unprecedented isolation. But it does so without obliterating the spiritual glow of that world, that information, that life. This record is far from a joke at spa radio’s expense: on the contrary, the calming, healing presence of the much-maligned new age/background music is taken up with care and appreciation. It’s just that the frantic energy that carries this calm is lifted up and made audible within it. Still relaxing, sure, but a relaxation we might have to grow accustomed to: a new found relaxation.

"I put together this record in the spring of 2019 in New Mexico from a cache of 500 small fragments of mangled, smeared, manipulated, and artifacted 'beauty', achieved through hours of knob twisting and droning. These were then meticulously assembled into a densely layered song / record format soaked in ear tickle and water. I wanted to make something that contained the seeds and quality of "relaxation" but was fast paced and hard to fully sink into....like these little glimpses of peace piled on top of each other.....like the world as I experience it much of the time. I wanted to embrace paradoxical approaches and moods within one piece - the drone/the edit; the frantic/the calm; confusion/tranquility. I wanted to make something that made me feel weird. I hope it does something for ya." - James Krivchenia