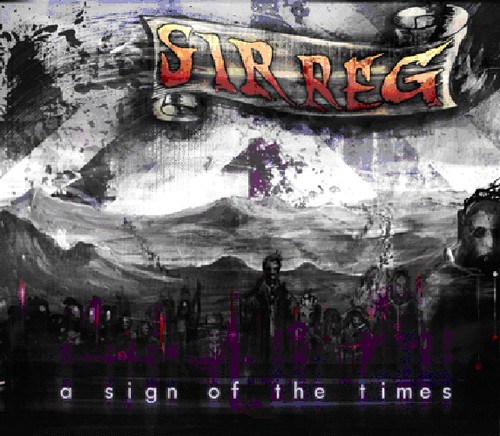 Vinyl LP pressing. 2011 sophomore album from the Celtic Punk band. Following on from their self titled debut album, which topped many of the best of 2010 lists in the genre, they take it one step further with a work that sums up what it's like to live in this chaotic and unpredictable world of ours. Sir Reg is for lovers of Flogging Molly, the Pogues, Men They Couldn't Hang, Dropkick Murphy's and others in Folk/Celtic/Rock/Punk style. The songs deal with issues of hardship, emigration, pain and the desperation that many of our people are faced with, as well as the hopes and dreams that we share and the belief in a better future.