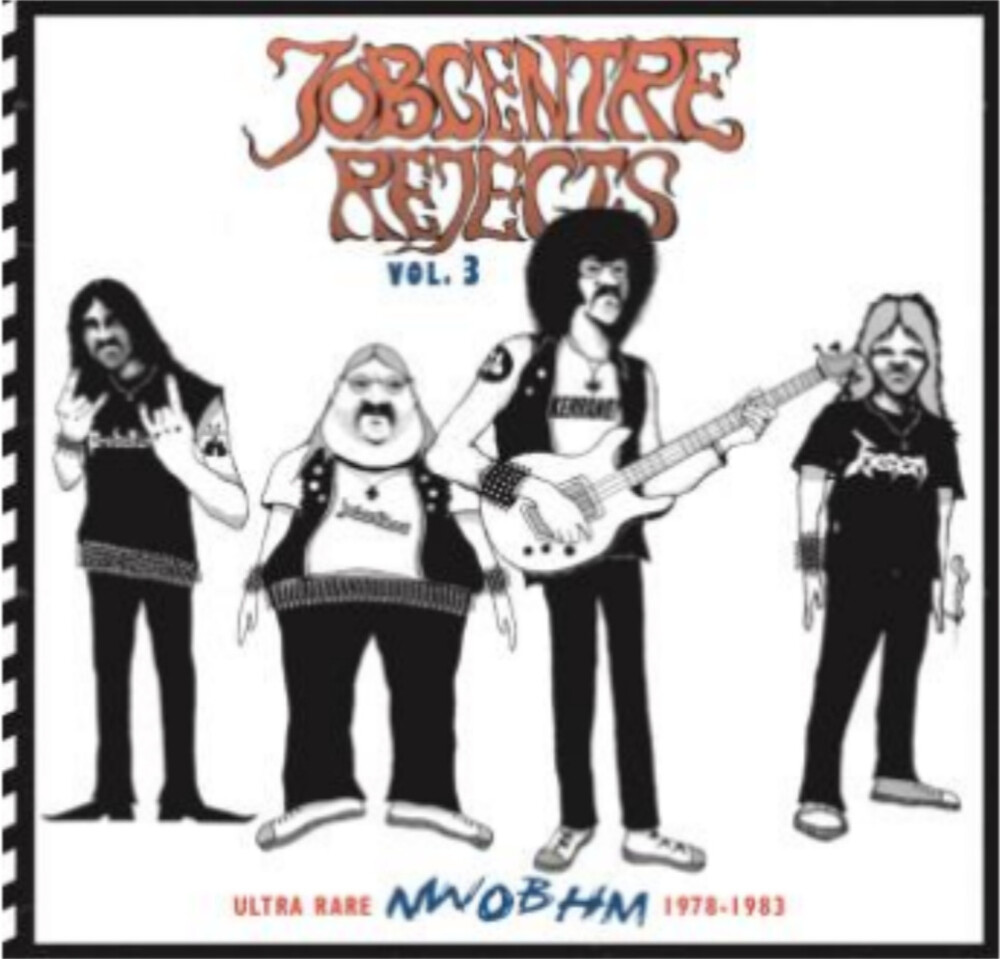 The first volume of Jobcentre Rejects was included on many lists over best reissues of last year. Tom Erlewine of All Music had it on his top three while Rough Trade had it ranked amongst the best compilations of 2019. Vol 2 followed hot in the heels and now the time is right for a third installment in the Jobcentre Rejects-series. Twelve tracks licensed from rare and hard to find New Wave Of British Heavy Metal-singles originally released in England 1978-1983.Kind of a Nuggets, Pebbles or Killed By Death-series for NWOBHM. Jobcentre Rejects vol 3 will appeal to metal fans, but also to punk fanatics, garagerock-maniacs, DIY-lovers and even to the powerpop afficionados. Jobcentre Rejects vol 3 is for everyone into rock music history and anyone interested in British music- and culture history.Iron Maiden, Def Leppard, Judas Priest and Saxon all got signed by majors and sold records galore, meanwhile bands in every village across England formed. Inspired by the energy and DIY attitude of the punk scene these acts recorded and released their records all on thieir own. The music heard on Jobcentre Rejects have so far been treasured only by NWOBHM connoisseurs. Jobcentre Rejects clearly shows that it is music far too good to be buried in the past. It?s music that deserve to be heard not only by the most die hard record collectors.Remastered and restored sound. Extensive liner notes by Kieron Tyler (Mojo Magazine). Richly illustrated with many rare photos