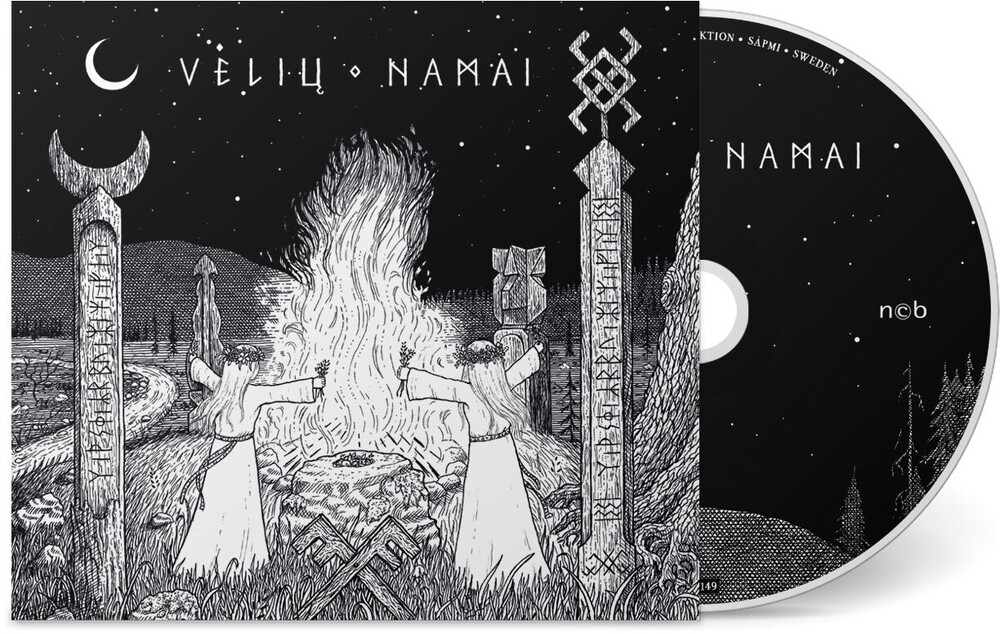 "Alkai" is the fourth album of Lithuanian ritualistic dark-folk project Veliu Namai. It serves as an open invitation to experience the mystical world of the Baltics - to feel the sacredness of it's ancient past. Draped in a sonic tapestry woven from a great variety of musical traditions, the listener is sent off on a hypnotic flight of the imagination. Ceremonial chanting and droning folk parts give way to a kind of otherworldly, trance-inducing techno performed with mostly organic instruments. As with the radically different music styles, digital and analogue sounds are fused together seamlessly. Pulsating minimalism merges with vocals and shamanic percussion to create a hypnotic soundscape coated by mesmerizing melodies played on guitars, lutes, and ethnic string instruments such as the Turkish baglama, Lithuanian kankles and Latvian giga. This ambitious concoction boils down to an exquisite brew infused in equal parts with Dead Can Dance, Wardruna, Sigur Ros, and various electronic music. "Alkai" will be released by Nordvis on CD-digipak and digital, January 20, 2023. The album features guest appearances by Espen Winther of Eldrim, Swedish-Serbian composer Petar Mrdjen, and prominent Lithuanian singer Liucija Nanartaviciute.