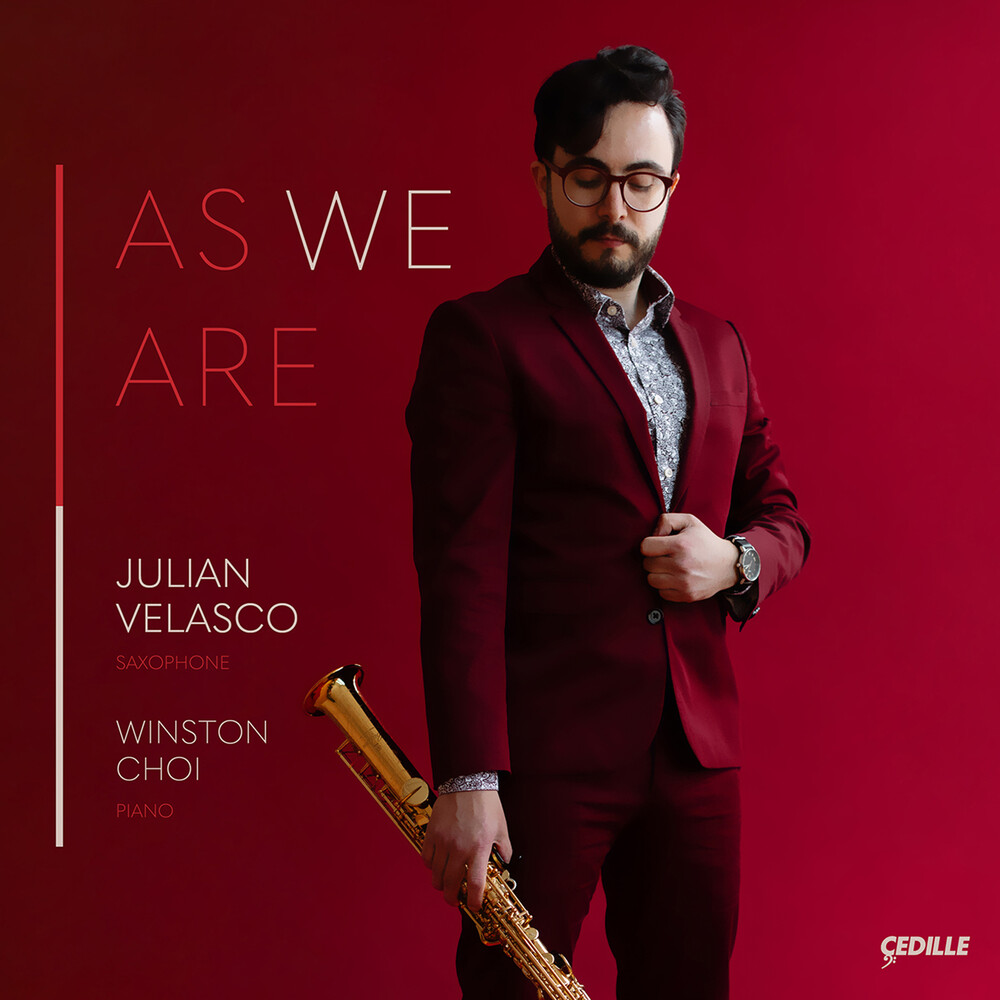 As We Are
Artist: Velasco / Banks / Cerr
Format: CD
CD

Saxophonist Julian Velasco headlines an inventive, virtuosic, and diverse album of contemporary classical works for soprano, alto, and tenor sax as winner of Cedille Records' first Emerging Artist Competition, a juried event celebrating the independent classical label's 30th anniversary of championing Windy City artists of world-class talent. For his first-ever album as a featured soloist, Velasco has assembled a program he says reflects "the different musical aspects of my life at this moment" while paying tribute to "the unique and wonderful people with whom I have been lucky enough to surround myself." The album opens with works for saxophone and piano, performed with collaborative pianist extraordinaire Winston Choi. These include the world-premiere recording of classical saxophonist and composer Steven Banks' Come As You Are, with Velasco on tenor sax, a composition influenced by African American sacred music and structured like a four-movement sonata. Velasco picks up his alto sax for David Maslanka's Tone Studies No. 5: Wie bist du, Seele, which adopts it's melody from a J. S. Bach four-part chorale. John Anthony Lennon's Distances Within Me explores the vocal qualities of the alto sax in a score drawing inspiration from early 20th-century avant-gardist Alban Berg's Wozzeck and jazz fusion bands like pianist Chick Corea's Return to Forever. Amanda Harberg's Court Dances, heard here in the world-premiere recording of the soprano sax version, is a three-movement suite referencing French Renaissance and Baroque court dances. Works for saxophone and electronics include world premieres of the soprano sax versions of Elija Daniel Smith's Animus and Christopher Cerrone's Liminal Highway. Animus places the live-in-studio saxophonist "in conversation" with his own recordings. Liminal Highway calls for extended techniques such as flutter-tongue, slap-tongue, and key clicks, while enlisting a harmonica and empty beer bottles, also played by the saxophonist.