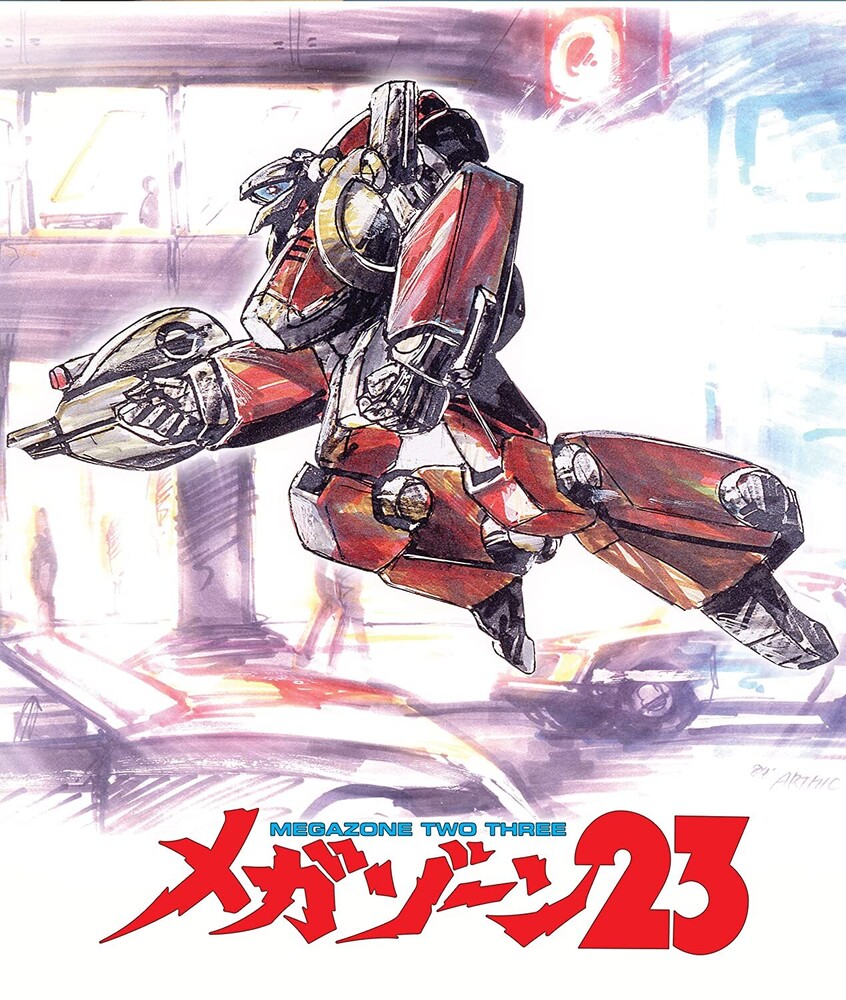 YAHAGI Shogo is a young man living in Tokyo in the mid-80s, enjoying life during a period of unprecedented peace and prosperity. Or so he thinks... In reality he, and everyone he knows, are living in a carefully maintained illusion. Almost all are blissfully unaware that they are aboard a massive spaceship, Megazone 23. Only a few of the inhabitants of Megazone 23 know the truth - that not only is the city a ship, but that it is controlled by Bahamut, an AI, and is in danger of attack from the mysterious Dezalg. When Shogo stumbles upon the secret of Megazone 23, the military decides that he and his friends need to be silenced before they can interfere with their plans to hack Bahamut. Shogo only has two things going for him - a motorcycle that is much more than it seems, and an acquaintance who is much less so! Contains all 3 Megazone 23 films with both English and Japanese soundtracks and subtitles, the Streamline Pictures dub of Part 1, and the special Megazone 23 Part 2 International edition, commentary tracks, and more.