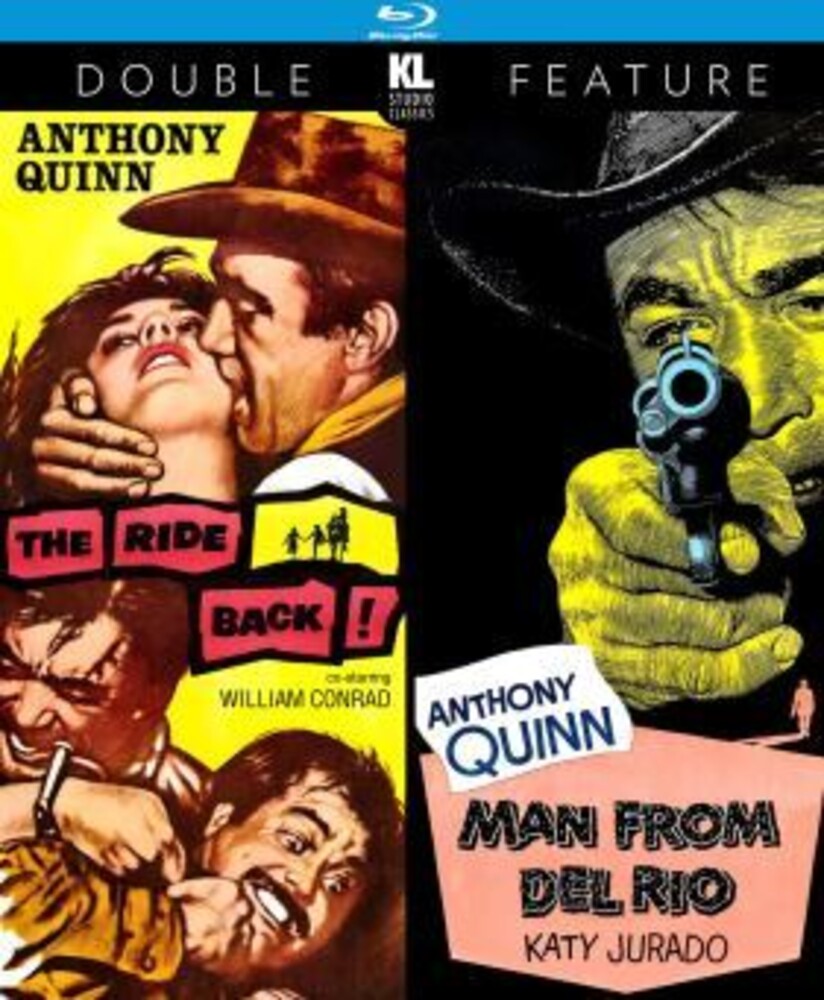 Two-disc set includes: The Ride Back (1957)Chris Hamish (William Conrad) is a sheriff who must escort gunfighter Bob Kallen (Anthony Quinn) from Mexico to Texas to stand trial for murder. As the two make their way across a desert inhabited by hostile Indians, they encounter a young girl who survived an Apache attack. When Hamish is injured by the Indians, Kallen must decide whether to escape or help the lawman and the child. Lita Milan, George Trevino also star. 79 min. BW/Rtg: NR Man From Del Rio (1956)Anthony Quinn stars in this western actioner as Dave Robles, a Mexican gunfighter who becomes an unlikely hero and a small town's only hope when he accepts the role of sheriff. Robles quickly realizes that proving himself to the upstanding residents will be a daunting task... but far less dangerous than losing his status among the local crooks. Katy Jurado, Peter Whitney, Douglas Fowley, John Larch, and Whit Bissell also star. 82 min. BW/Rtg: NR Widescreen; Soundtrack: English; Subtitles: English; theatrical trailers.