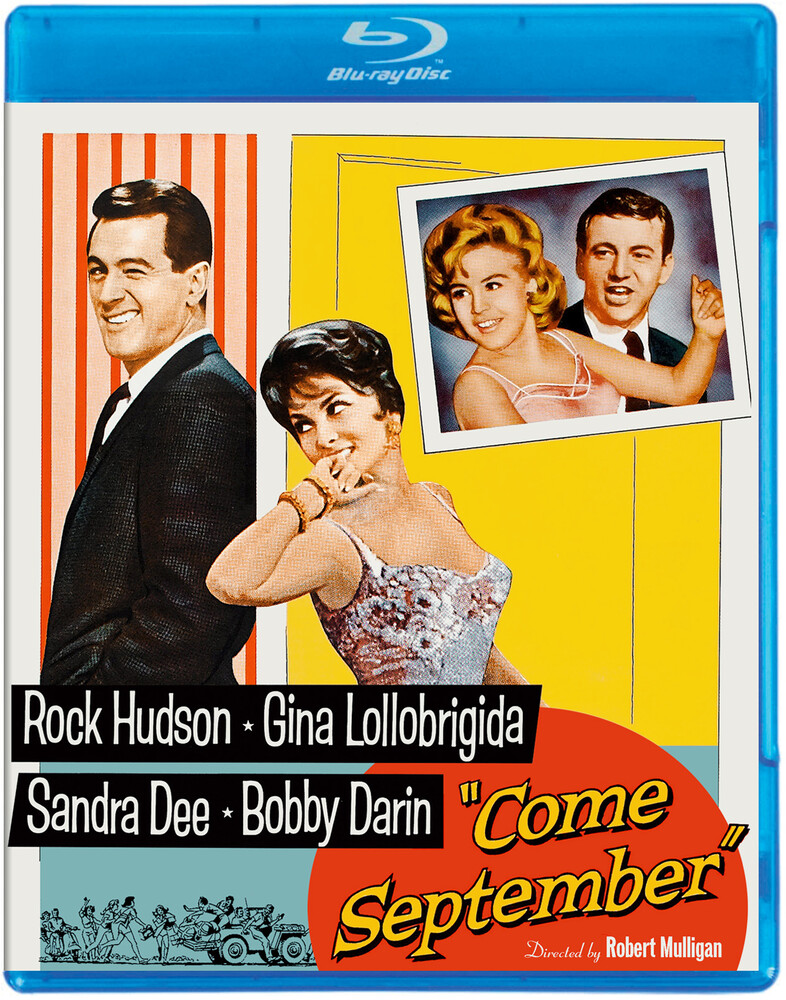 Colorful comedy stars Rock Hudson as Robert Talbot, an American businessman who arrives early for his annual September stay at his Italian villa with his sexy mistress Lisa Fellini (Gina Lollobrigida) and is shocked to find that his caretaker has been renting it out to vacationers, a group of teenage girls. A series of romantic entanglements ensue involving Robert, Lisa, and some raging-hormone teens. With Sandra Dee, Bobby Darin, Brenda de Banzie, Walter Slezak, Joel Grey; directed by Robert Mulligan. 112 min. Widescreen; Soundtrack: English; Subtitles: English; audio commentary; theatrical trailer.