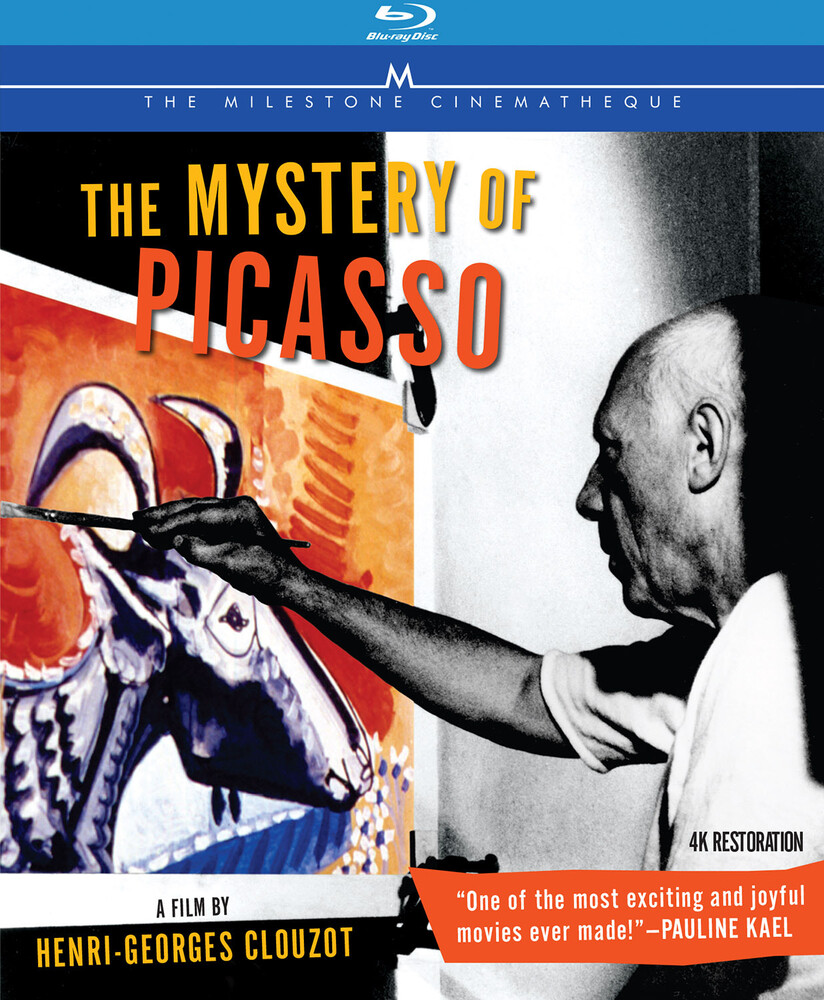 In 1955 Henri-Georges Clouzot joined forces with his friend Pablo Picasso to make an entirely new kind of documentary - one that captured the moment and the mystery of creativity. For the film, Picasso created 20 artworks, ranging from playful B&W sketches to widescreen color paintings. Using inks that bled through the paper, Picasso rapidly created fanciful drawings that Clouzot was able to film from the reverse side, capturing their creation in real time. When the artist decided to paint in oils, the filmmaker switched to color film and employed the magic of stop-motion animation. By contract, almost all of these paintings were destroyed when the film was completed. The Mystery of Picasso is exhilarating, mesmerizing, and unforgettable - one of the greatest documentaries on art ever made.