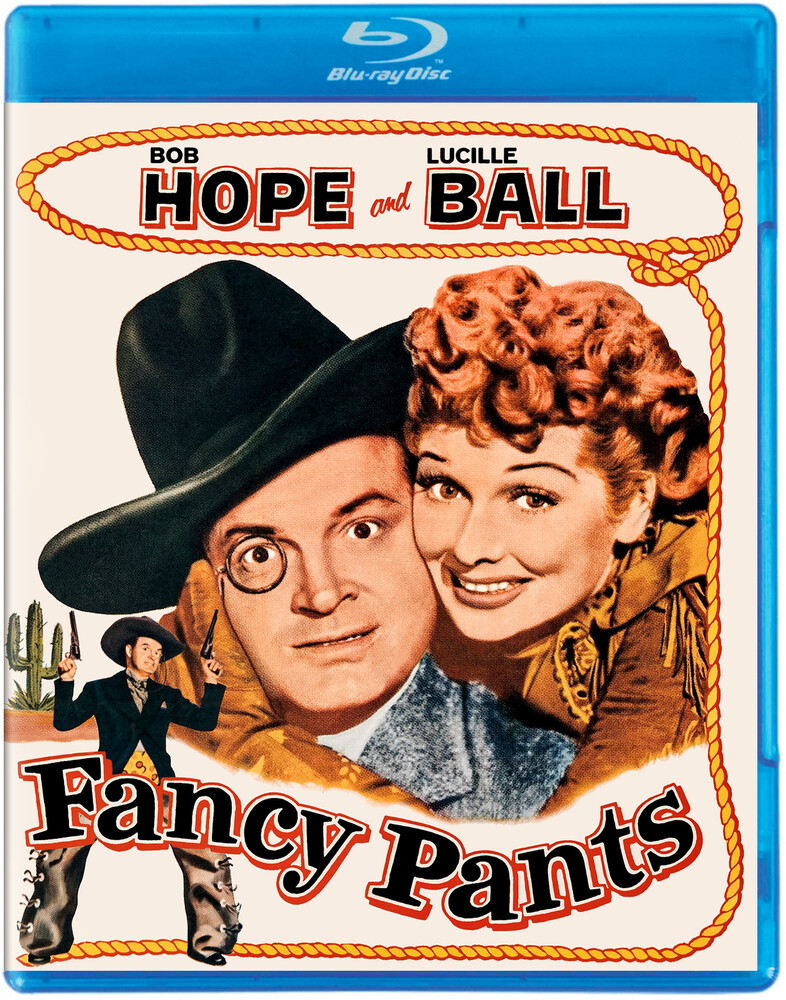 Well, fancy that! Screen legends Bob Hope (The Paleface) and Lucille Ball (Sorrowful Jones) join forces in a Technicolor remake of Ruggles of Red Gap and let loose a stampede of laughs. Wisecracking Bob is a teddibly, teddibly British valet brought to the Old West to teach Old World charms to a certain redheaded tomboy. Of course, Bob's not really a valet. He's an out-of-work actor who's stumbled across the role of his life. It's tea at 4:00 p.m. and don't fan your soup with your hat, but will proper etiquette protect Bob from Lucy's jilted beau? Directed by Hollywood great George Marshall (The Ghost Breakers, Murder, He Says), Fancy Pants is the rootin'-shootin' musical farce that's driving the West wild! Co-starring western great, Bruce Cabot (Big Jake).