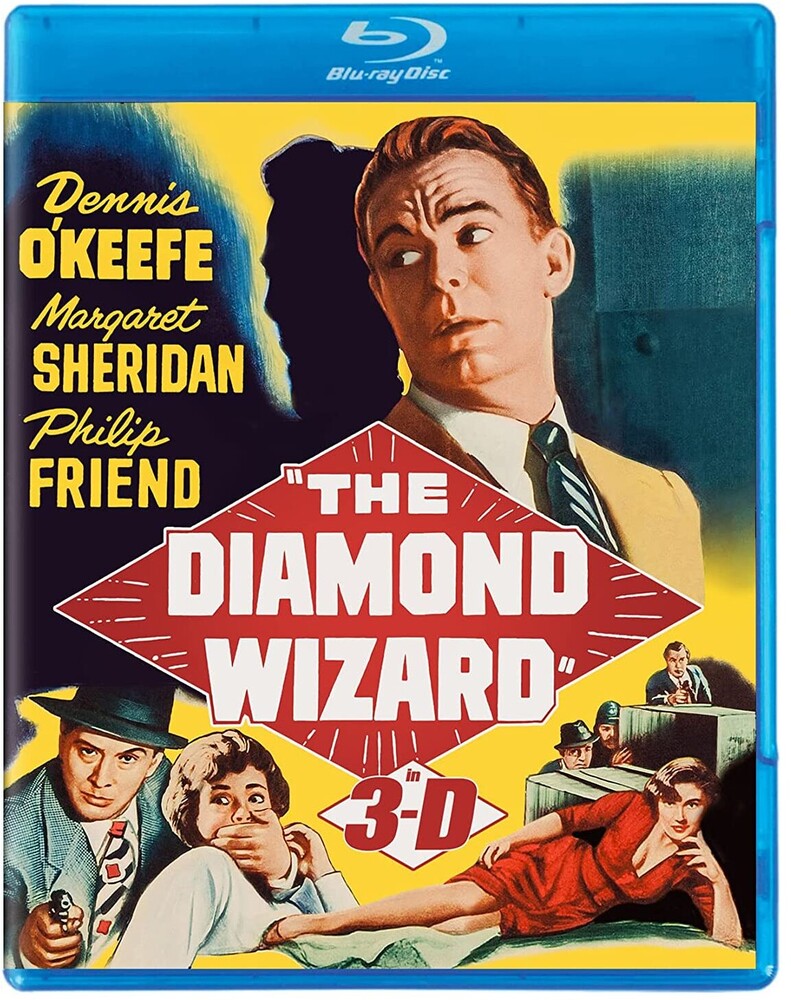 The only Golden Age 3-D feature photographed in Great Britain, The Diamond Wizard (also known as The Diamond) packs suspense and surprise into a supremely exciting film noir thriller. While in London trying to nab the crooks who stole a million dollars from a U.S. Treasury vault, American federal agent Joe Dennison (Dennis O'Keefe, T-Men, Raw Deal) joins Scotland Yard Inspector McClaren (Philip Friend, Buccaneer's Girl, Spy Hunt) in his search for a missing atomic scientist. They discover that the key to solving both cases may rest with the scientist's daughter (Margaret Sheridan, The Thing from Another World, I, the Jury) and her fascinating diamond. Co-Directed by star Dennis O'Keefe (Angela) and Montgomery Tully (Query).