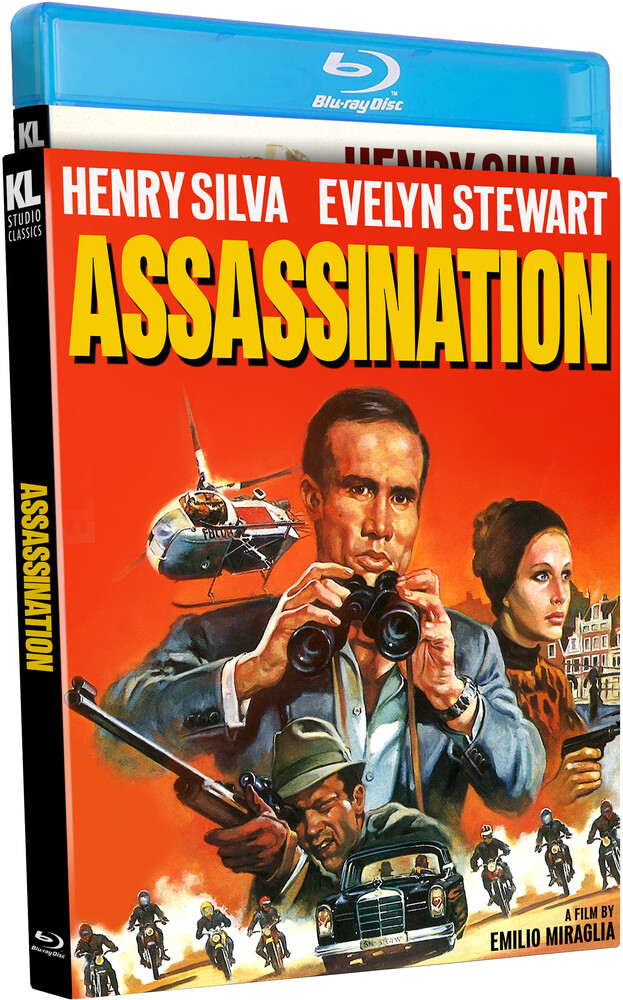 This explosive Eurospy thriller stars the criminally cool Henry Silva (The Hills Run Red, The Italian Connection, Code of Silence) as a man who must die twice in order to live. Time, memory and fear have no more meaning for Secret Service man John Chandler (Silva) as he awaits his ultimate fate on death row until he's offered an opportunity for resurrection. By altering his appearance through plastic surgery, John becomes his fictitious long-lost brother, Philip, as part of a subterfuge plot to take down a nefarious crime lord. The directorial debut of genre maestro Emilio P. Miraglia (The Night Evelyn Came Out of the Grave, The Red Queen Kills Seven Times), Assassination co-stars Fred Beir (M.M.M. 83, The Organization) and giallo goddess Evelyn Stewart (The Bloodstained Butterfly, The Weekend Murders). Beautifully shot in scope by Erico Menczer (Machine Gun McCain, The Cat o' Nine Tails).