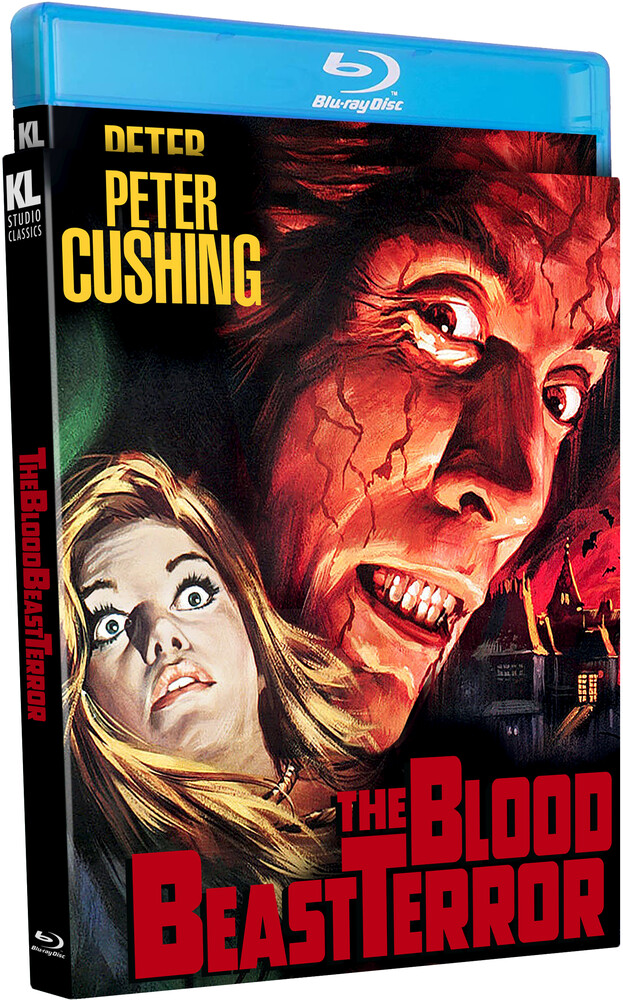 A classically told monster movie directed by Vernon Sewell (The Crimson Cult, Burke & Hare), The Blood Beast Terror is set in motion when mutilated bodies begin appearing in the English countryside, drained of blood. Horror icon Peter Cushing (The Flesh and the Fiends, House of the Long Shadows) stars as Detective Inspector Quennell, brought in to investigate the deaths. He consults entomology professor Mallinger (Robert Flemyng, The Horrible Dr. Hichcock), but the doctor seems to be hiding a dark secret about his fetching young daughter, Clare (Wanda Ventham, Captain Kronos: Vampire Hunter). The deeper Quennell digs into their story, the bloodier the violence, until he discovers a terrifying truth about Mallinger's experiments that is only revealed in the gruesome final reel. Hearkening back to the classics of Universal Pictures, The Blood Beast Terror offers terrific performances and special effects, and slowly builds to it's skin-crawling climax.