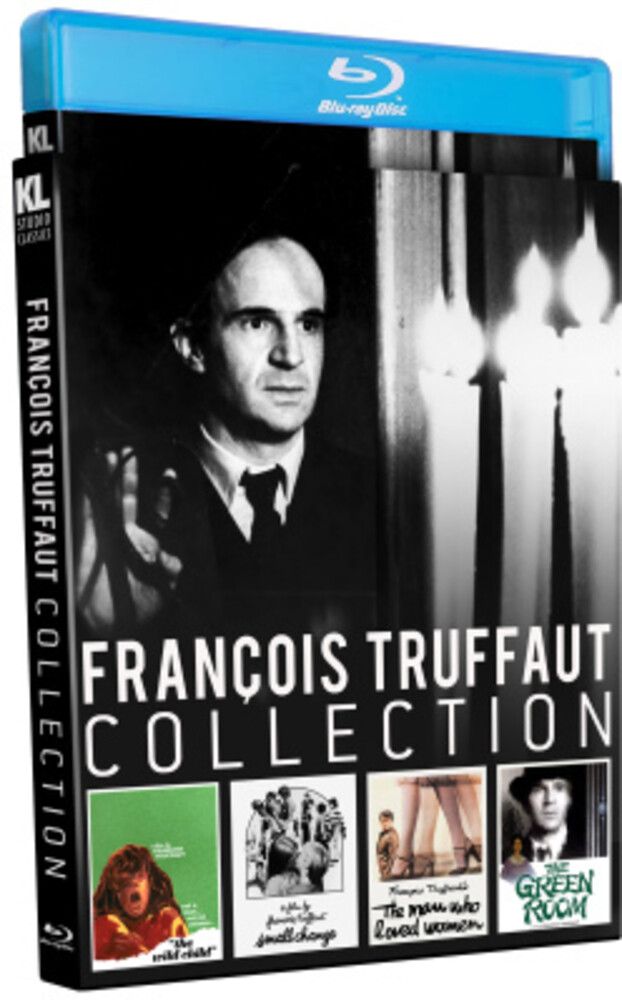 Two-disc set includes: The Wild Child (1970)Engrossing François Truffaut drama, based on a true story, follows an orphaned boy who is found living in the woods in 18th-century France. Unable to communicate, the child is to be sent to an asylum until a doctor takes him in and tries to educate him. Jean-Pierre Cargol plays the feral boy cut off from the world, and Truffaut appears as his mentor. 84 min. In French with English subtitles. BW/Rtg: G Small Change (1976)François Truffaut's salute to the innocence and wisdom of children, this wistful comedy/drama looks at the lives, joys and problems of the youngest residents of a small French town. The non-professional cast of child actors adds to the film's charm. 105 min. In French with English subtitles. C/Rtg: PG The Man Who Loved Women (1977)François Truffaut's witty, bittersweet ode to females centers on Bertrand Morane (Charles Denner), a woman-obsessed bachelor who records his many experiences with the opposite sex in a diary. Brigitte Fossey, Leslie Caron, Nathalie Baye, Nelly Borgeaud also star. 119 min. In French with English subtitles. C/Rtg: NR The Green Room (1978)Inspired by the writings of Henry James, François Truffaut directs and stars in this story of an obituary writer for a magazine in post-WWI Paris who continually worships the memory of his deceased wife. Eventually, he meets a woman who tries to show him what he's missing from life. With Nathalie Baye. 94 min. In French with English subtitles. BW&C/Rtg: PG Widescreen; Soundtrack: French; Subtitles: English; theatrical trailers.