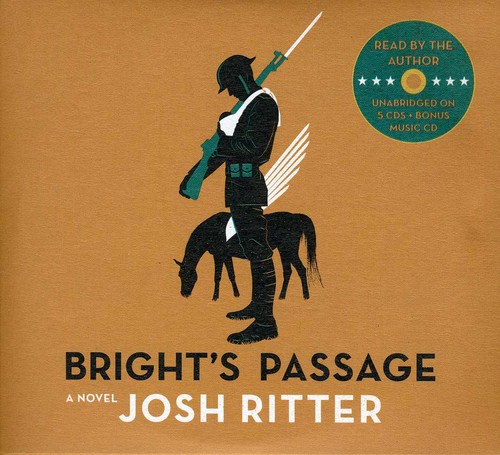 Josh Ritter's 2011 novel BRIGHT'S PASSAGE has been released as a five CD audio book with a bonus music CD! Josh himself reads the entire novel BRIGHT'S PASSAGE (5 CDs), while Disc 6 features a previously unreleased 5-song session that Josh recorded with friends at the Rare Book Room in Brooklyn. The theme for the music session is ""songs about angels,"" as related to the central narrative of Bright's Passage. The line-up for this session: Ritter, Chris Thile (of the Punch Brothers), Tift Merritt, and Josh Kaufman (producer of the 2012 Bringing In the Darlings EP). The six CD set is packaged in a beautiful tri-fold, chipboard digipak.