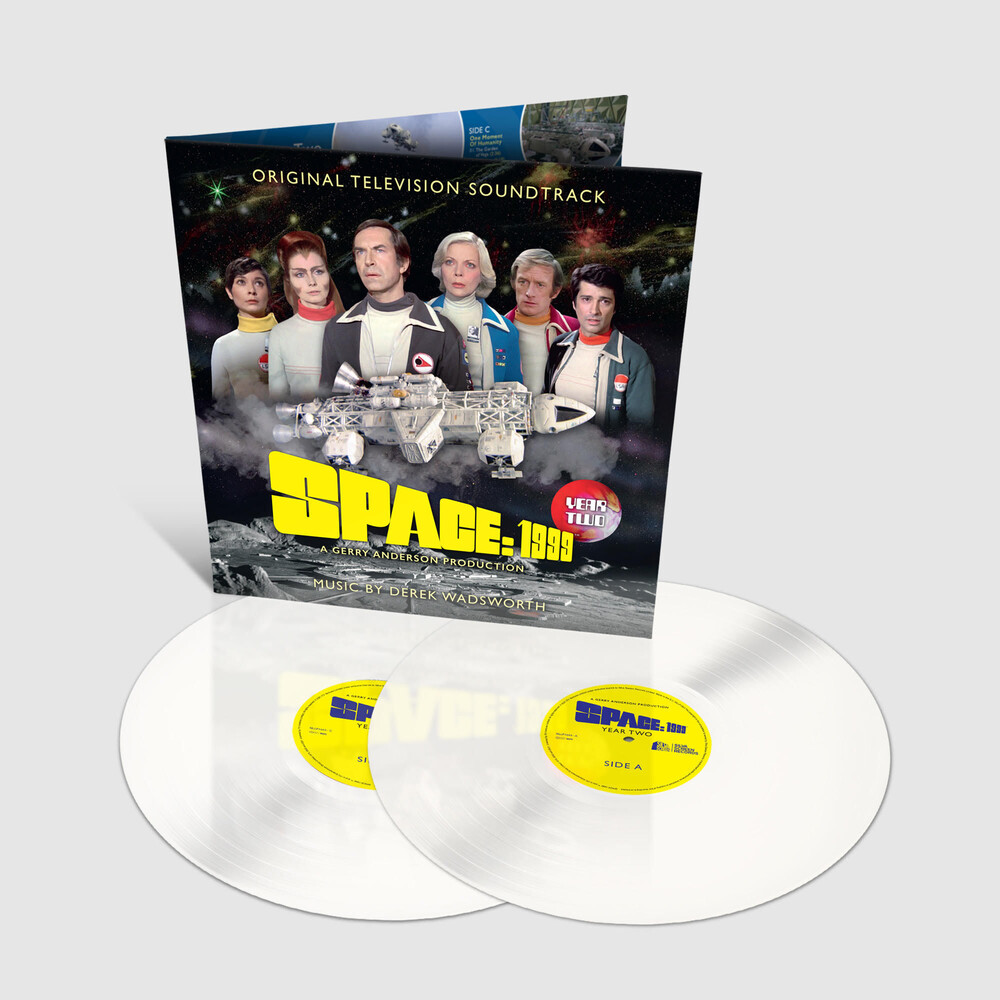 The latest release in the series exploring the musical worlds of Gerry Anderson is the most extensive yet. Space: 1999 ran for two series from 1976 to 1977 and depicted the occupants of Moonbase Alpha and their struggle for survival when, after the explosion of a nuclear waste dump, the Moon is hurtled into space. The series was the most expensive produced for British television at that time and the most musically diverse of all the shows made by Anderson for ITC. Gerry Anderson's long-time musical partner in all the previous adventures was Barry Gray and Space: 1999 Series 1 proved to be the last of their collaborations. For Series 2, composer Derek Wadsworth took over the reins to provide a more contemporary sound. The Year 2 album contains Wadsworth's score, specially selected cues to provide a driving and exciting narrative to convey the new adventures. Record Collector perfectly describes it as 'classic 1976 period stuff: fast, furious and occasionally over the top in a dramatic way; nicely atmospheric for Sci-Fi and a touch funky every now and again.' Derek Wadsworth enjoyed a long and successful career as a composer, trombonist and session musician. For over half-a-century he played, arranged, and conducted for some of the biggest names in music including Dusty Springfield, George Harrison, Judy Garland, D