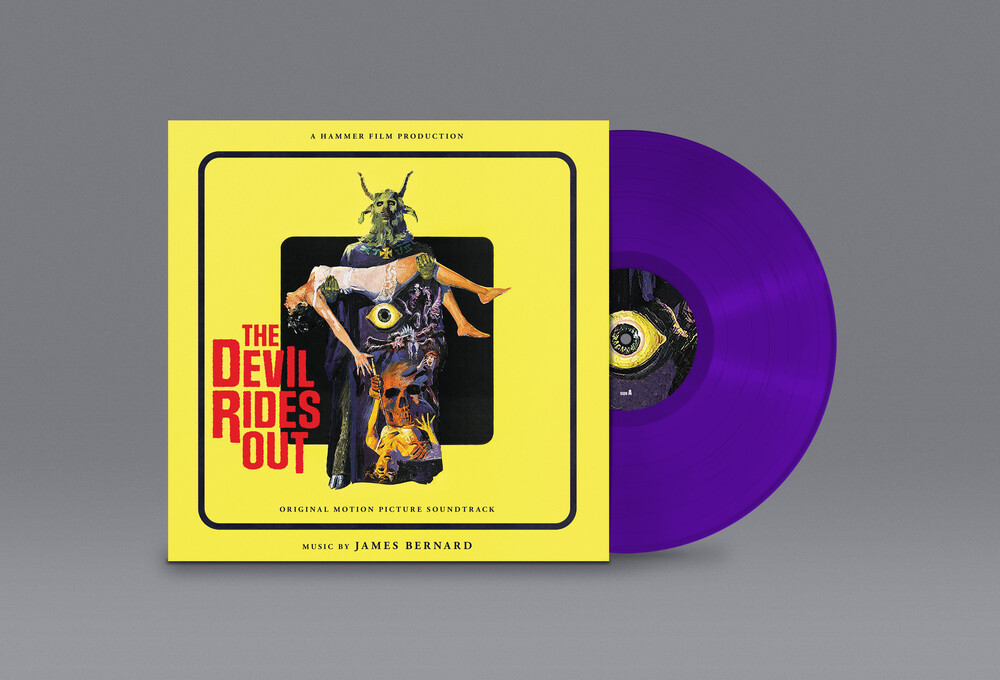 Making it's debut on vinyl is James Bernard's soundtrack to Hammer's classic 1968 film The Devil Rides Out. Hammer built on previous success in the horror genre by seeking literary adaptations, and this film is based on the Denis Wheatley novel of the same name. The script was written by Richard Matheson, himself a successful author of the novel, I Am Legend (1954), and with gothic horror maestro Terence Fisher directing, the resulting film remains one of Hammer's most popular. The story follows Nicholas, The Duc de Richleau (Christopher Lee) in his fight against a devil-worshipping cult. The Duc rescues his young friends and destroys the cult, with good triumphing over evil in a rare heroic role for Lee. The supernatural suspense is further realised by Bernard's tense soundtrack, and his music has since become synonymous with Hammer's horror oeuvre. James Bernard had already scored releases for Hammer including The Curse of Frankenstein (1957) and Dracula (1958), and his distinctive clashing strings and driving percussion instantly conjure this iconic Hammer film.