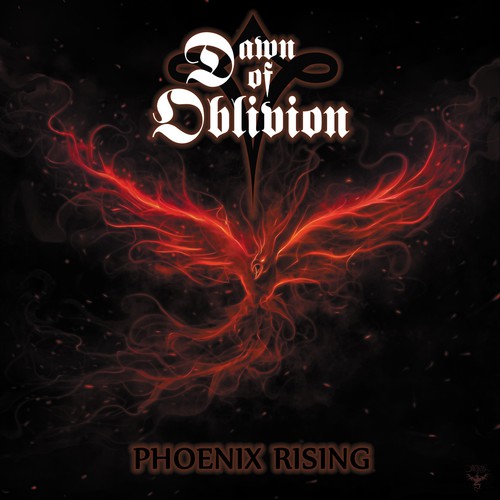 2015 release, the fifth album by the Swedish metal band. With Phoenix Rising, Dawn of Oblivion are back with a vengeance. The title symbolizes not only the band's reunion, but also personal challenges and tragedies the band members have endured over the years. With their unique sound Dawn of Oblivion master eerie and atmospheric tunes, such as the epic track "Within the Realms of the King of Amur", as well as faster gothic metal with powerful choruses, as shown on the tongue-in-cheek catchy "Catherine Wheel". Another example is "Anubis", inspired by the ancient Egyptian underworld, which was released as a single and appetizer for the album earlier this year. Album highlights are the very personal, naked and emotive "Years" that closes the album and the opener "Demons of the Cross", a song that deals with the catholic betrayals during the holocaust. Dawn of Oblivion build their musical landscapes from the deep, dark forests of Scandinavian winters. "The Pathfinder", inspired by an old Sami legend is a magnificent example of this and of course the nocturnal and hypnotic "The Black Pilgrim" with choir arrangements almost resembling to horror movies.