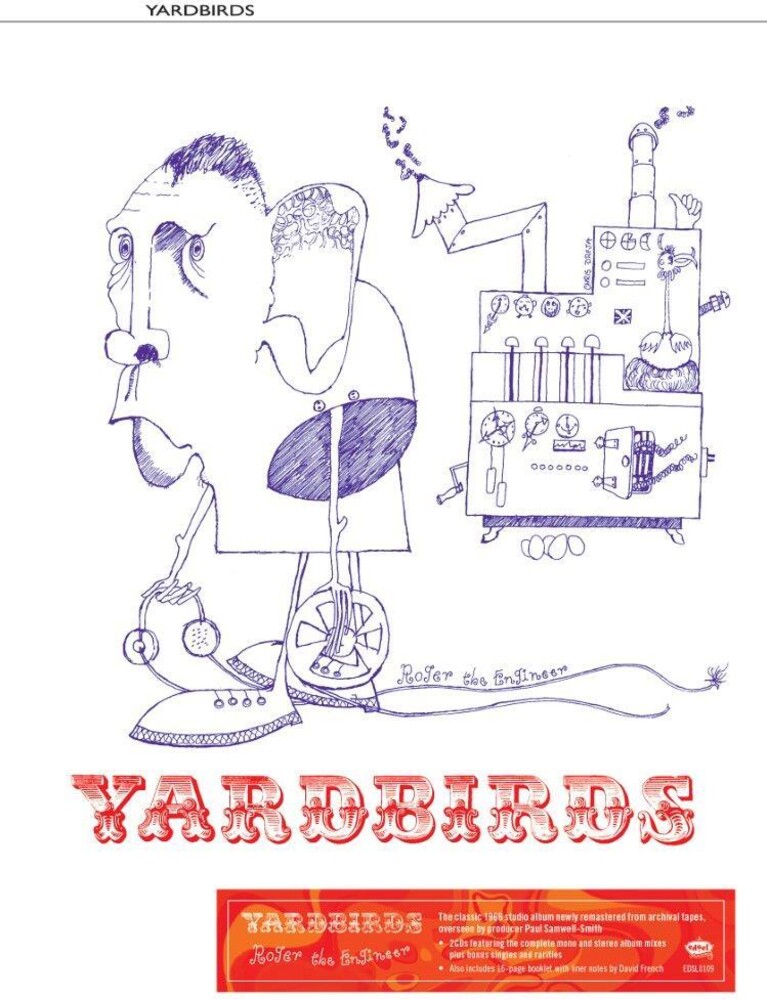 First released in the summer of 1966, 'Yardbirds' (or 'Roger The Engineer' as it became known') showcases The Yardbirds at the peak of their powers. Featuring the classic line-up of Jeff Beck, Keith Relf, Jim McCarty, Chris Dreja, and Paul Samwell-Smith, the group explored explosive new sonic territories, pushing their blues-rock sound into the realms of the avant-garde, psychedelia and Indian music.  This new 2CD edition features the complete stereo and mono mixes of the album plus a selection of bonus rarities and singles on each disc.  The album has been remastered from the original tapes by Phil Kinrade at AIR Mastering, overseen by producer Paul Samwell-Smith.  "Remastering this album has been a joy. To hear the tracks sounding just as we heard them all those years ago while we were recording them - energetic, edgy, and in your face - is an unexpected treat. In 1966, it was a rare and exciting opportunity to be given a recording studio for 5 days and allowed to experiment. That excitement still shows." - Paul Samwell-Smith.  Also includes a 16-page booklet with extensive liner notes by David French based on interviews with Jimmy Page, Paul Samwell-Smith, Jim McCarty and Simon Napier-Bell.