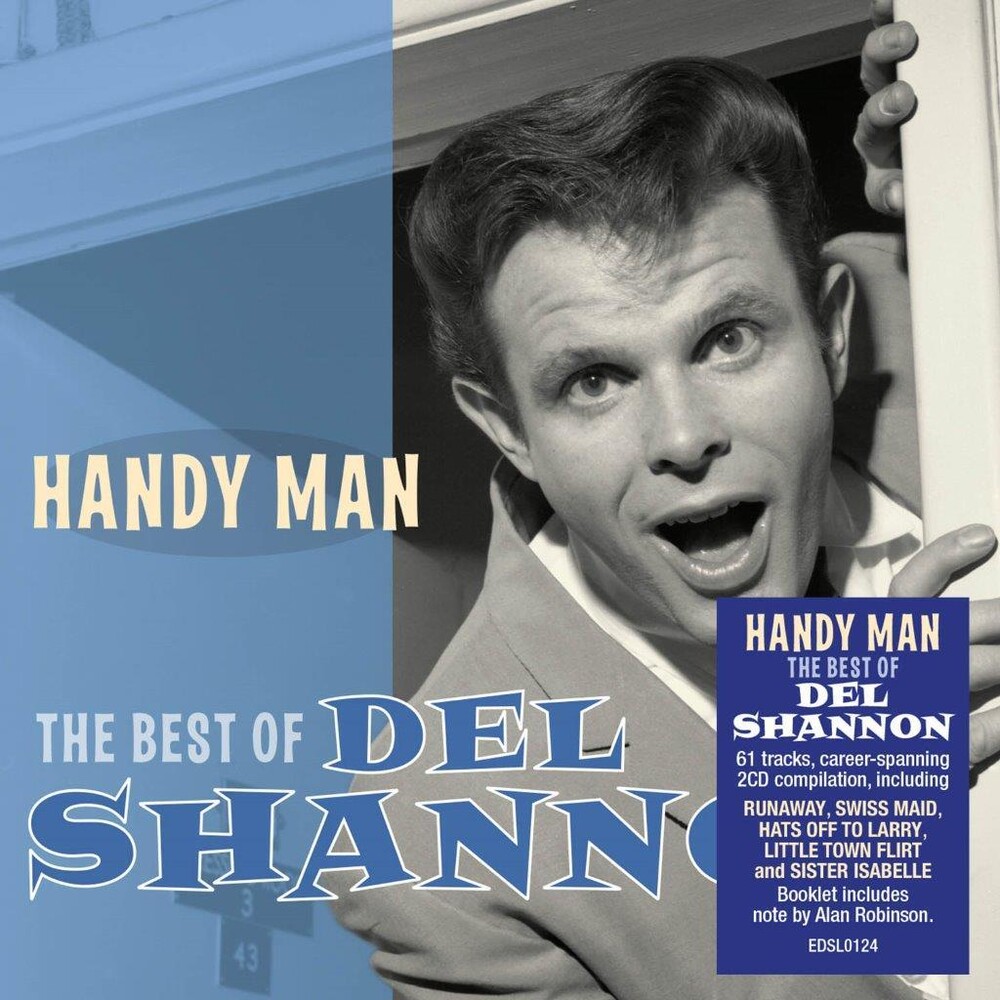 Del Shannon was, without doubt, one of the most gifted and distinctive of musical talents to emerge in the immediate pre-'British Invasion' era of American Pop. His was a talent that travelled well - indeed, his UK and European fanbase proved far more loyal and his success in those territories of greater longevity than in his native USA. Moreover, he was also much admired by successive generations of musicians, including the likes of George Harrison, Bob Dylan, Jeff Lynne, Tom Petty, Bruce Springsteen and Neil Young. His songs, more often than not, essayed a bleak world of doomed romance, lovelorn disenchantment and existential gloom. Paradoxically, of course, those themes were frequently juxtaposed to surprisingly upbeat and bright-sounding melodies. This 61 track 2CD set contains an overview of the entirety of Del Shannon's career, from his hits in the early 60s, via his mid-60s recordings with Andrew Loog Oldham and Jimmy Page, to his 80s recordings with Tom Petty and Mike Campbell, and Jeff Lynne. This set features all of Del's UK hits, eight of which reached the Top Ten, including the #1 hit "Runaway", "Hey! Little Girl" and "The Swiss Maid" (both #2 hits), and "Keep Searchin' (We'll Follow the Sun)", which reached #3. Also included are Del's recordings of two Lennon/McCartney songs ("From Me To You" and "A World Without Love"). Del was the first US act to record a Beatles cover version, and later covered the Rolling Stones' "Under My Thumb". Also included is his song "Sister Isabelle", later covered by Frank Black & Teenage Fanclub for a John Peel session. The booklet features photos and extensive annotation by Alan Robinson.