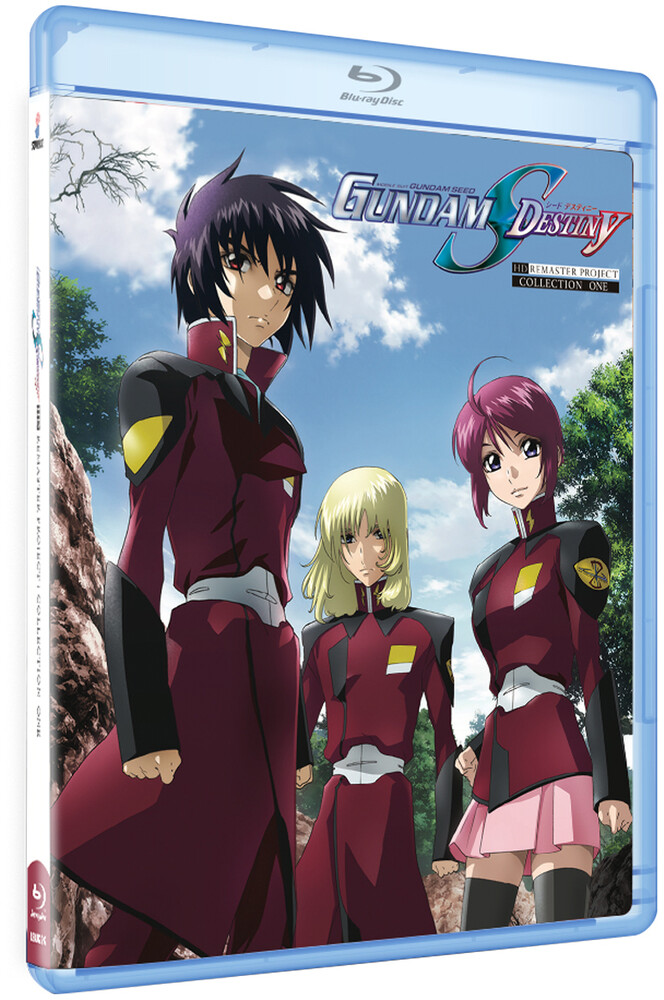 The year is Cosmic Era 73. The Bloody Valentine War, fought between the PLANTS space colonies and the nations of the Atlantic Federation, has ended and an uneasy truce has settled upon the Earth sphere. With the signing of the Junius Seven Treaty, the world's soldiers have left the battlefield and the grizzly sights of war behind. Many who fought now seek peace and refuge in the shelter of civilian life. But one boy, Shin Asuka, is finding that incredibly hard. A coordinator who lost his entire family during the Battle of Orb, he now fights with ZAFT in one of their newest machines, the Impulse Gundam. Of course, ZAFT is only developing these machines for defensive applications - or so they claim - but when a group of Federation operatives steal some of these prototype machines, the world is once again plunged towards war. Remastered in HD featuring new animation made specifically for the Blu-ray release. Contains Episodes 1-25 of the HD remastered version of the TV series featuring new audio tracks. Digital extras include an Interview with Director Mitsuo Fukuda and Line Producer Hiroomi Ikeya, Director's Concept Music Videos, Textless Openings, Textless Endings, Promotional Videos and Commercials. Audio: Japanese and English DTS-HD Stereo 2. 0, English Subtitles; Video: 1080p 16x9 aspect ratio.