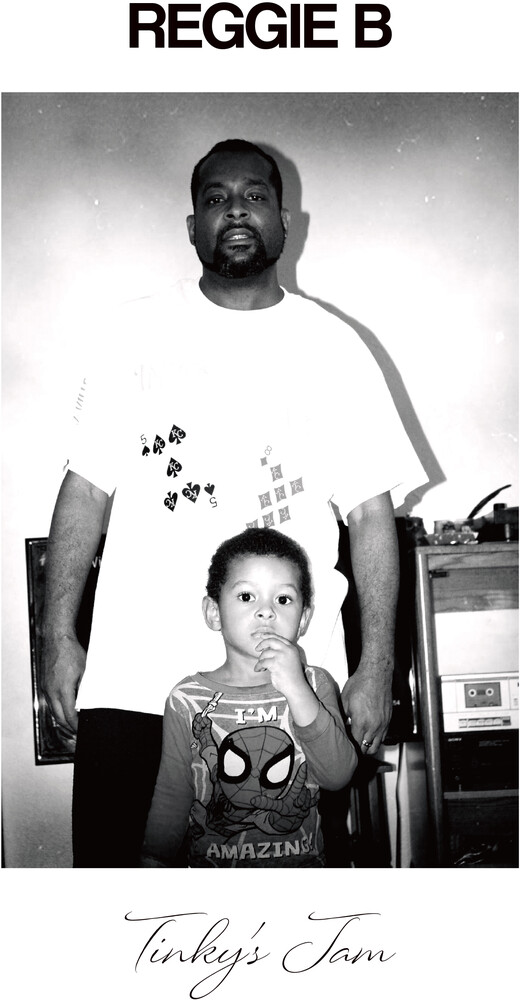 Reggie B returns with his much awaited NBN release "Tinky's Jam." This is his first full length album since "Soulofunkaquarian" released with INnatesounds. The album was most definitely worth the wait. It takes the listener through a personal and musical journey inspired by the birth of his son, who he affectionately calls "Tinky," and the connection they share. Tinky was a major part of this album, oftentimes found in the studio during the conceptions of many of the songs. This album is unlike any other record released by the Kansas born producer, multi instrumentalist, singer and arranger. After the birth of his son, he was inspired and encouraged to get back into the musical game by the head of NBN, Onra. "Tinky's Jam" is something of a family affair with friends and old collaborators playing their part. Mostly instrumental and showcasing Reggie's many styles from the heavy bounce of "Futuristic Slow", to the George Clinton nod on "P For Life", and the crafted soul of "Gone Fishing" with Dominique Sanders to the cool street jazz feel of "Realize" with Donald Hates's sax adding flare as well as the beat of "Nose Dive" providing the nod factor for the heads. Closing out the LP "Tinky's Dance" - a raw soulful jam that lies somewhere between Prince and Larry Heard - for Reggie "the whole project felt like a gift to me and my baby boy Tinky! I wanted to let him know he's always in my heart and soul and I love my Tinky man infinitely! It's a children's album for the elevated child like Tinky!"