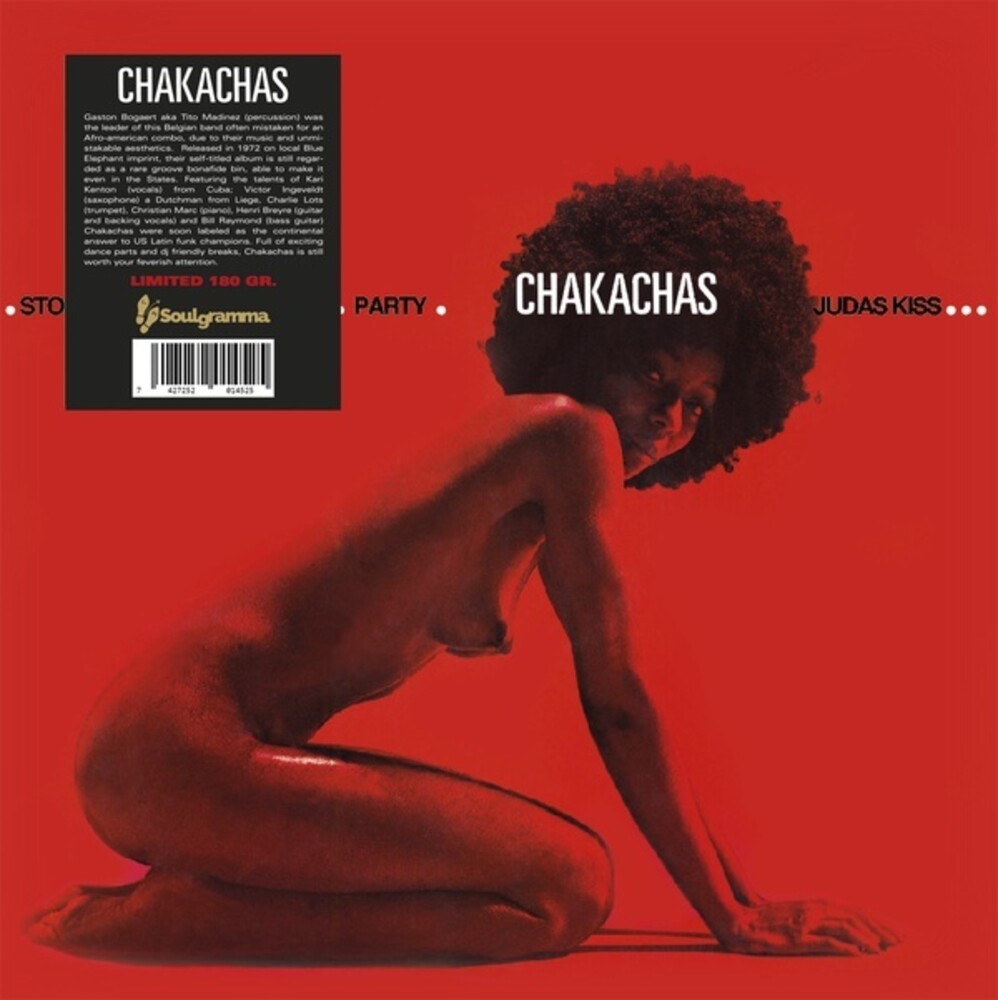 Limited 180gm vinyl LP pressing. Soulgramma present a reissue of Chakachas' self-titled album, originally released in 1972. Gaston Bogaert aka Tito Madinez (percussion) was the leader of this Belgian band often mistaken for an Afro-American combo, due to their music and unmistakable aesthetics. Released in 1972 on local Blue Elephant imprint, their self-titled album is still regarded as a rare groove bonafide bin, able to make it even in the States. Featuring the talents of Kari Kenton (vocals) from Cuba; Victor Ingeveldt (saxophone) a Dutchman from Liege, Charlie Lots (trumpet), Christian Marc (piano), Henri Breyre (guitar and backing vocals), and Bill Raymond (bass guitar) Chakachas were soon labeled as the continental answer to US Latin funk champions. Full of exciting dance parts and DJ friendly breaks, Chakachas is still worth your feverish attention.