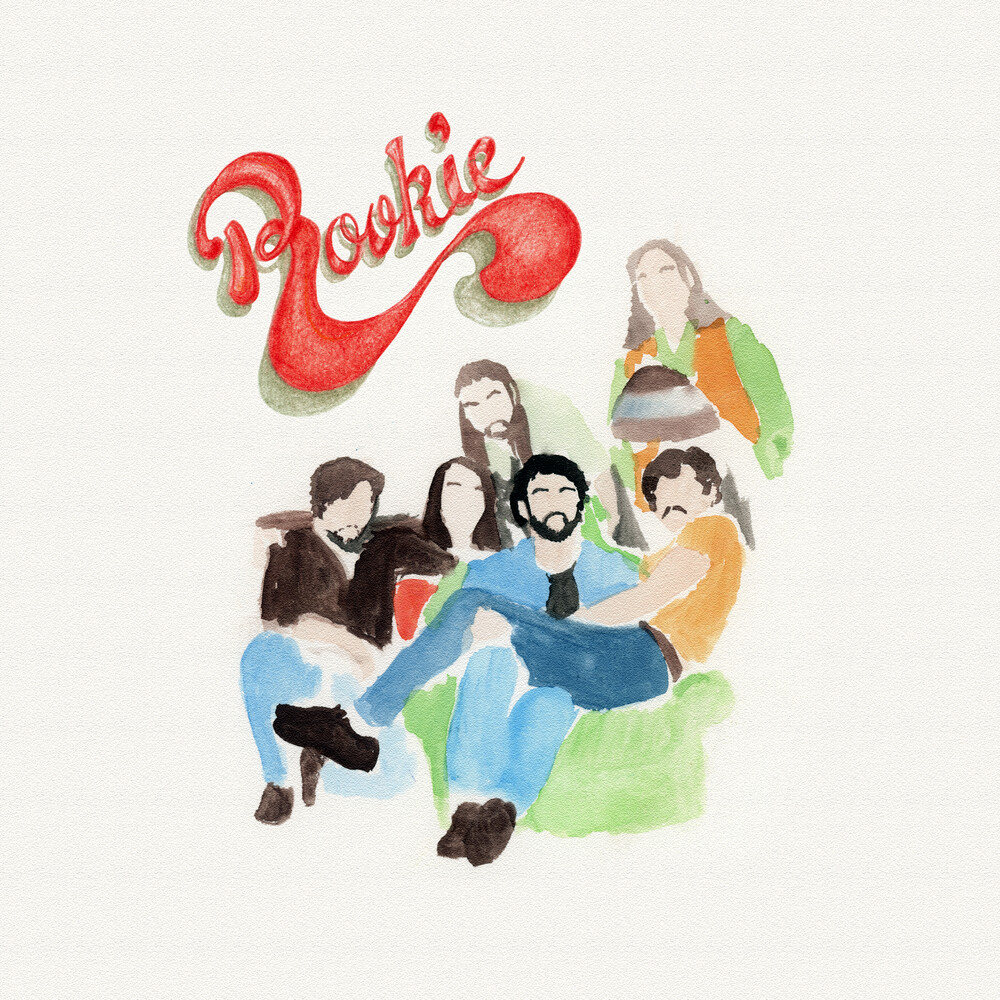 Rookie is six matching jumpsuit-clad, shaggy-haired friends from Chicago who play rock 'n' roll that's more at home next to their parents' battered LPs than on their friends' streaming playlists. Their self-titled, debut full-length album deftly reformats the classic rock landscape with blowtorch hooks, enthralling harmonies, evocative touches of cosmic country, and distinctively indie-minded songwriting. Rookie's modern take on timeless American rock 'n' roll pulls from all corners of the sonic map, it's familiar but fresh, lived-in but blown-out. It's the '70s/'80s pop-rock sheen of Cheap Trick, 3-minute precision songwriting of Big Star, loose Neil Young Americana, and hazey, psych-flavored boogie of the Allman Brothers and Thin Lizzy. Though barely able to comfortably fit on most stages, once they're plugged in and smooshed together it's a potent blend of power chords, blistering leads, and performance prowess beyond their years. Like local peers Twin Peaks, Whitney, and Post Animal, Rookie emerged from an idealistic grassroots, Midwestern, youth community-centric, DIY scene. House shows and divey all-ages venues were the preeminent performance spaces and rock 'n' roll was once again king. There is an all-inclusive and carefree essence surrounding the band, as well as their audience, reminiscent of the wide-eyed drive and sense of purpose of an underdog sports team or - more appropriately, given their jumpsuits - a Formula 1 pit crew. That cooperative vibe is most clear in their balanced attack, each of the six members bringing a signature part of the layered sound from song to song. "Hold On Tight" bashes down the door with a deceptively simple AC-to-the-DC riff, but the three-headed guitar monster attack of Dimitri Panoutsos, Chris Devlin and Max Loebman takes the standby arena rock formula to wild new places. In "Sunglasses" Loebman's lead vocals evince an ethereally sunny pop disposition, which he later strips down to great effect, just his upper register and acoustic guitar, for the stark "Elementary Blues". Throughout the album's 12 tracks, the rhythm section of Joe Bordenaro on drums, Kevin Decker on bass, and Justin Bell on keys establishes a groove-meets-power foundation. On several songs, including "I Can't Have You But I Want You," Bordenaro sings lead as well, while the rest of the group piles on with a rowdy gang chorus. The band of 20-somethings created their broad-yet-intimate sound not long after forming in 2017 from the remnants of under the radar  local outfits Joe Bordenaro & the Late Bloomers, Yoko and the Oh Nos, and Max and the Mild Ones. The budding project soon became the subject of excited whispers around town.  In 2018, the group released two singles on Bandcamp ("One Way Ticket" and "Let's Get It Right") and a 7" single ("I Can't Have You But I Want You" and "The Move") for nascent studio/imprint Treehouse Records  These recordings raised the whispers to the level of folklore.