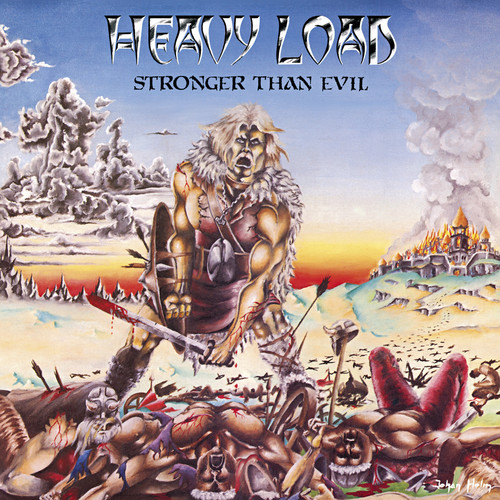 Digipak edition. Digitally remastered and expanded edition of this 1983 album. Heavy Load is widely held as the band that started the whole Swedish heavy metal wave with their first album in 1978. In addition, they are regarded as the first viking metal band in the world. Heavy Load was founded in the depths of midwinter 1974-75 by the two brothers Ragne Wahlquist (vocals, keyboard and guitar) and Styrbjörn Wahlquist (vocals and drums). The brothers' vision has always been the core of what Heavy Load was all about. In 1978, heavy load released their first album entitled Full Speed at High Level, and after expanding the line up with a second guitarist, they founded their own recording facility, the famous Thunderload Studios, along with their own label, Thunderload Records. On their own label, they released timeless Heavy Load classics, such as Metal Conquest (1981), Death Or Glory (1982) and Stronger Than Evil (1983).