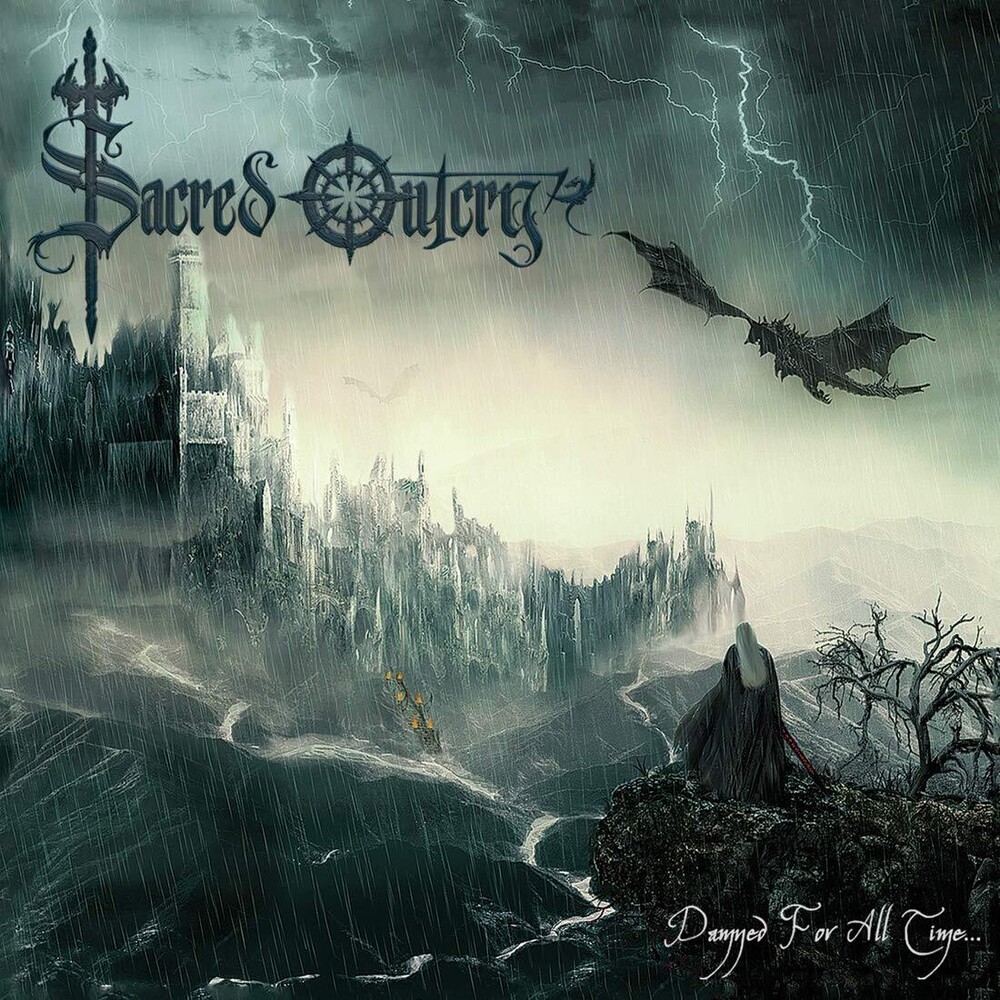 2020 release. More than 20 years ago, a power metal alliance was formed in Greece, with vast influences and great passion, inspired by artists like Manowar, Warlord, Domine and Basil Poledouris. Sacred Outcry was formed in 1998 as an epic metal band. In their first years, they even performed live supporting Doomsword. In 2001 they entered the studio to record their debut album Damned For All Time, a process that took 2 long years before the band came to a halt. The only thing left behind was a rough mix and the belief that someday the album would be completed in the form it truly deserved. "And still, throughout the years, we had people asking for the album", the band says. "We always knew that the time would eventually come, the stars would align and the old flame would be rekindled". Because the flame never dies. The recordings were completed between 2015-2018, orchestral arrangements were added and editing, mixing and mastering was finished in 2019. Finally, Sacred Outcry present the first chapter in The Sacred Chronicles under the title Damned For All Time, performed by George Apalodimas (bass), Dimitris Perros (lead & rhythm guitars), Stelios Darakis (drums), Vagelis Spanakis (acoustic guitars), John Skalkotos (keys) and very special guest Yannis Papadopoulos (ex-Wardrum, Beast In Black) in lead vocals.