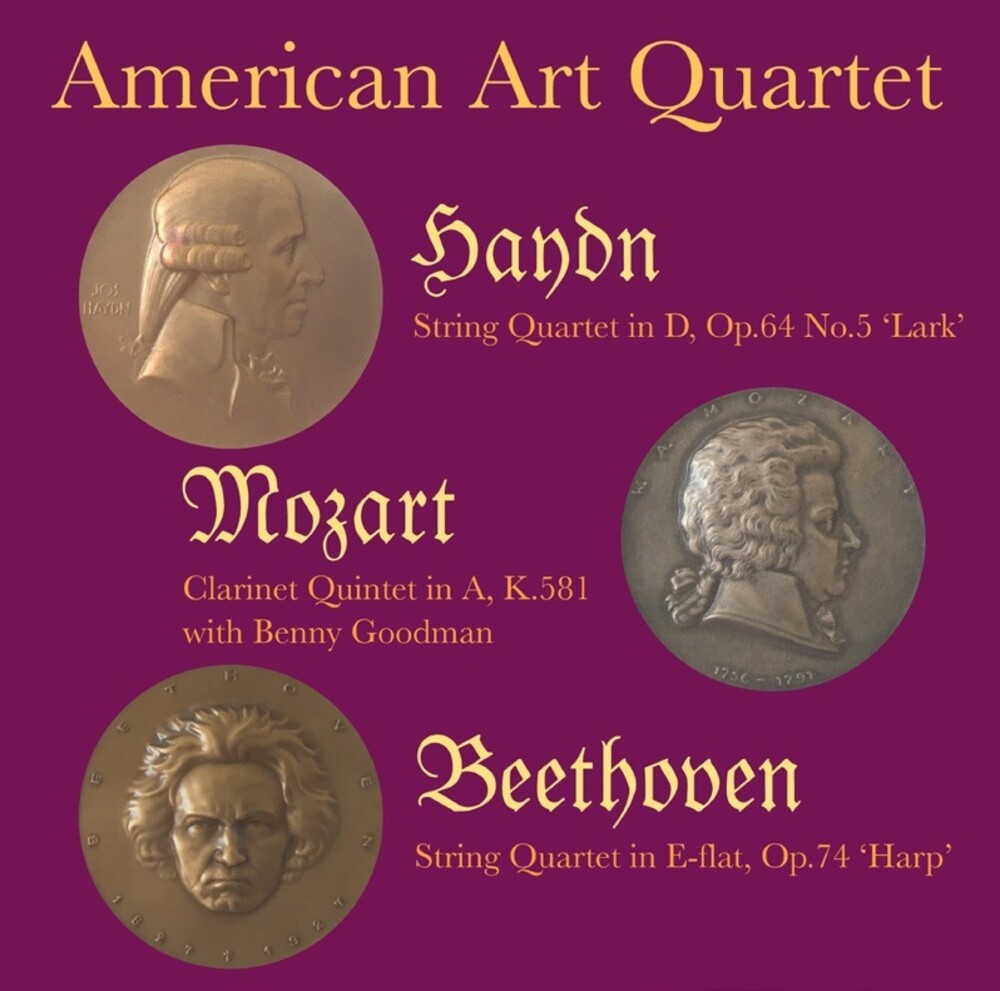 Following the Second World War, there was a renaissance of string quartets established in the United States. Even among such stellar quartets as the Hollywood, Musical Arts, New Music and Juilliard Quartets, the American Art Quartet stands out as one of the finest. Based in California, where the members had established successful independent careers in the Hollywood studios, the American Art Quartet consisted of first violinist Eudice Shapiro, a student of Efrem Zimbalist at Curtis, her husband the cellist Victor Gottlieb, who had studied with Felix Salmond at Curtis, violist Virginia Majewski and Robert Sushel as second violinist. The American Art Quartet recorded a number of contemporary American quartets, including works by Lukas Foss, Leon Kirchner and Ernst Toch. However, they only made three recordings of works from the standard classical repertoire, all of which are included on this CD. Haydn's delightful "Lark" Quartet is given a spirited performance, and their virtuosic reading of Beethoven's "Harp" is a model of clarity and precision. Of particular interest in this reissue is the American Art Quartet's recording of Mozart's Clarinet Quintet with the legendary jazz clarinetist Benny Goodman. The "King of Swing" not only had a keen interest in the classical repertoire, but had also premiered numerous important works, such as Bartók's Contrasts and the Copland Clarinet Concerto. In 1948, at the height of his career, Goodman took time to study with the renowned British clarinetist Reginald Kell, who had just moved to the United States. Although Kell was initially reluctant to take on Goodman, who was already so famous in a completely different musical genre, Goodman insisted and ended up studying with Kell until the latter returned to the UK. The results of Goodman's lessons with Kell are amply displayed in his 1951 recording of the Mozart Clarinet Quintet with the American Art Quartet. Although Goodman had first recorded the piece with the Budapest Quartet in 1938, Kell's musical influence and the incorporation of a more classical technique reveal Goodman to be a serious and probing interpreter of the classics.