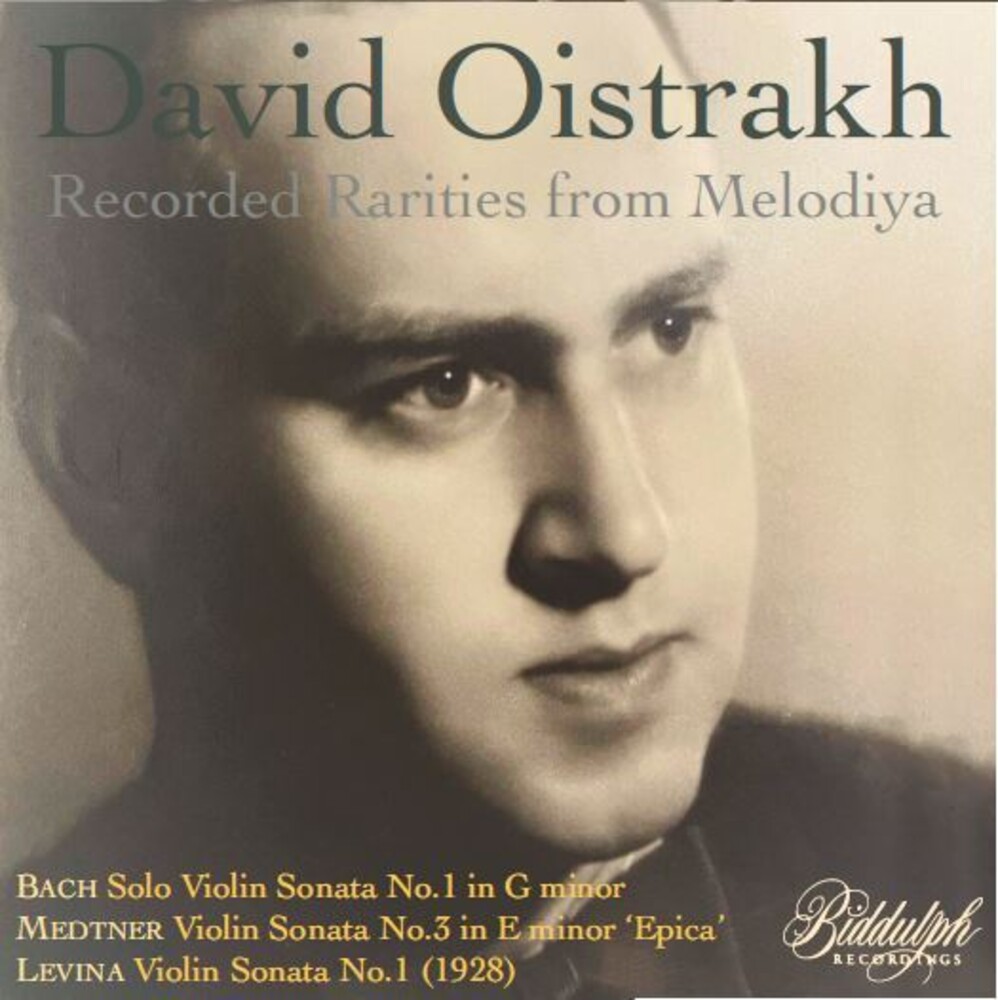 This CD contains three rare recordings by the great Soviet violinist David Oistrakh. Not only was he a master interpreter of the classics, Oistrakh was a champion of the violin works by his contemporaries, and his recordings of the compositions by Prokofiev, Khachaturian, Miakovsky, Taneyev and Shostakovich are considered definitive. Curiously, however, Oistrakh's recording of the Violin Sonata No.3 by Nicolai Medtner has never been reissued commercially on CD. Partnered by the legendary Alexander Goldenweiser (the teacher of Dmitry Kabalevsky, Grigory Ginzberg, Tatiana Nikolayeva, Samuel Feinberg and Lazar Berman), this expansive sonata, which clocks in at 45 minutes, is one of the composer's most enchanting works. Also featured on this CD is a work by the Crimean composer Zara Levina, who Oistrakh knew from his home town of Odessa. This attractive work, combining modernist and folk-like elements, receives it's first digital release on CD. Finally, although he recorded all of J. S. Bach's concertos and all six violin sonatas with keyboard accompaniment, Oistrakh only committed one of the Leipzig master's six unaccompanied violin works to disc: the Solo Sonata No.1 in G minor. This recording displays the grandeur and warmth so characteristic of the master Soviet violinist.