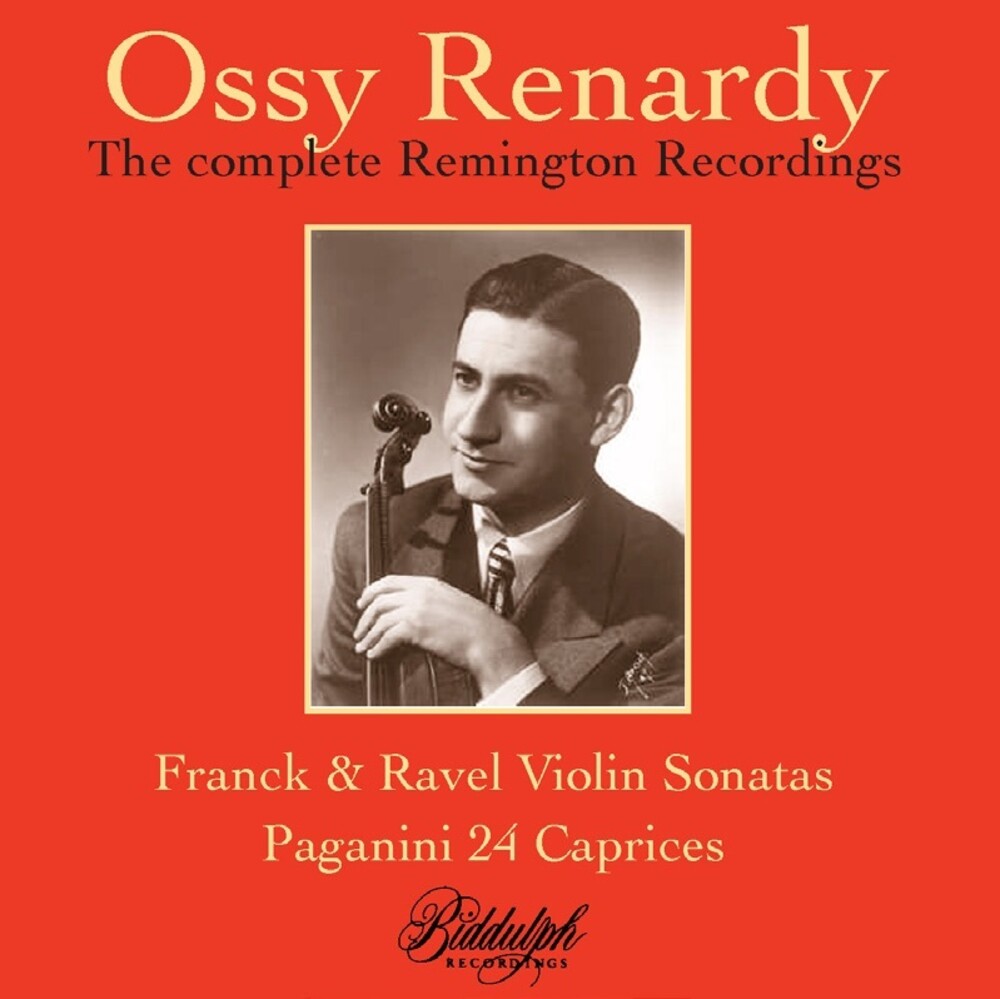 Born in Vienna in 1920, Ossy Renardy (née Oskar Reiss) was primarily self-taught. At the age of 13, he was invited by Victor de Sabata to perform as soloist with the Vienna Philharmonic. Five years later, Renardy made his New York debut recital. His performance of all 24 Paganini caprices at Carnegie Hall in 1939 caused a sensation. After becoming an American citizen in 1943, he enlisted in the US Army. Having established himself as one of the premier violinists of the 20th century, his career was tragically cut short by his death from a car accident at the age of 33. Renardy recorded the complete Paganini caprices twice. The first was made in 1940 for the RCA Victor (available on Biddulph LAB 061-62), and the second, issued here, was his last recording made just before he died in 1953 for the Remington label. This 2-CD set also includes the Remington recordings of two French sonatas by Franck and Ravel, made with the American pianist Eugene List (1918-1985). A student of Olga Samaroff, List made his solo debut with the Los Angeles Philharmonic under Artur Rodzinski at the age of 12. His subsequent premiere performance at the age of 16 of the Shostakovich Piano Concerto under Leopold Stokowski and the Philadelphia Orchestra brought him international fame.