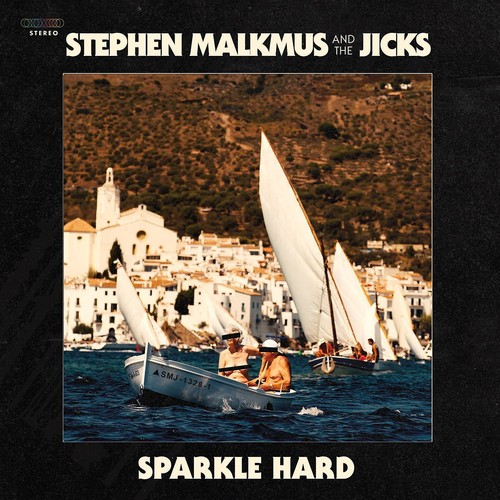 The fact that Stephen Malkmus & The Jicks have thrived, rather than simply endured, over 17 years and delivered six albums of buzzy, sub-cultural significance, constitutes an impressive legacy. The challenge with album number seven is one that any successful band with integrity faces: how to safeguard that legacy and hold on to their identity without rehashing old ground (unthinkable), and also say something meaningful while (crucially) having fun doing it? With Sparkle Hard, Malkmus, Mike Clark (keyboards), Joanna Bolme (bass) and Jake Morris (drums) do exactly that. It’s light ’n’ breezy, head-down heavy, audacious, melancholic and reflective, goodtime and bodacious, and it pulls off the smartest trick: it’s both unmistakeably The Jicks and – due to the streamlining of their trademark tics and turns, plus the introduction of some unexpected flourishes (Auto-Tune! A fiddle! Guest vocalist Kim Gordon! One seven-minute song with an acoustic folk intro!) – The Jicks refashioned. If 2014’s Wig Out At Jag Bags balanced the lengthy prog workouts of Pig Lib with Mirror Traffic’s sparky pop moments, then Sparkle Hard bears less obvious direct relation to what’s come before. It also has turbocharged energy and enthusiasm by the truckload.