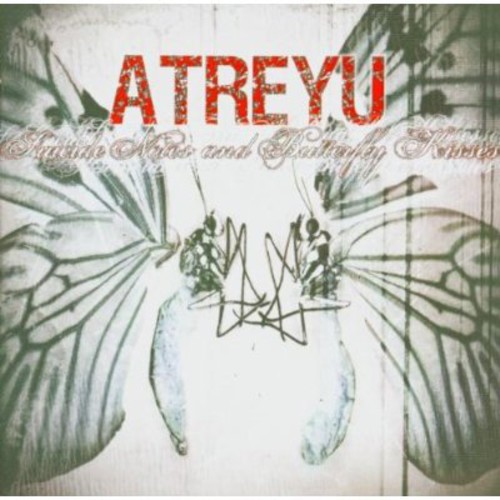 Southern California's gloom and Doom Metal outfit Atreyu latest effort Suicide Notes and Butterfly Kisses takes new direction in the world of Metal Music. With sinister riffs with technical finger tapping cadences. Their blend of soothing vocal harmonies lull you into a state of momentary bliss until your dreams are abruptly shattered by a menacing growl so fierce it will make you want to impale your delicate face with any object within arm's reach.

''Suicide Notes and Butterfly Kisses'' is the debut album by American metalcore band Atreyu, released on June 4, 2002, under Victory Records. The album featured re-worked versions of the songs "Living Each Day Like You're Already Dead," "Someone's Standing on My Chest" and "Tulips are Better", which originally appeared on the band's 2001 EP, ''Fractures in the Facade of Your Porcelain Beauty''. "Ain't Love Grand" and "Lip Gloss and Black" were released as singles and music videos were also made for these two songs. The latter video found significant airplay on ''Headbangers Ball'' and ''Uranium'' in fall 2003.

The album has sold more than 240,000 copies worldwide (according to March, 2006 Nielsen SoundScan data) and continues to rise. - Wikipedia