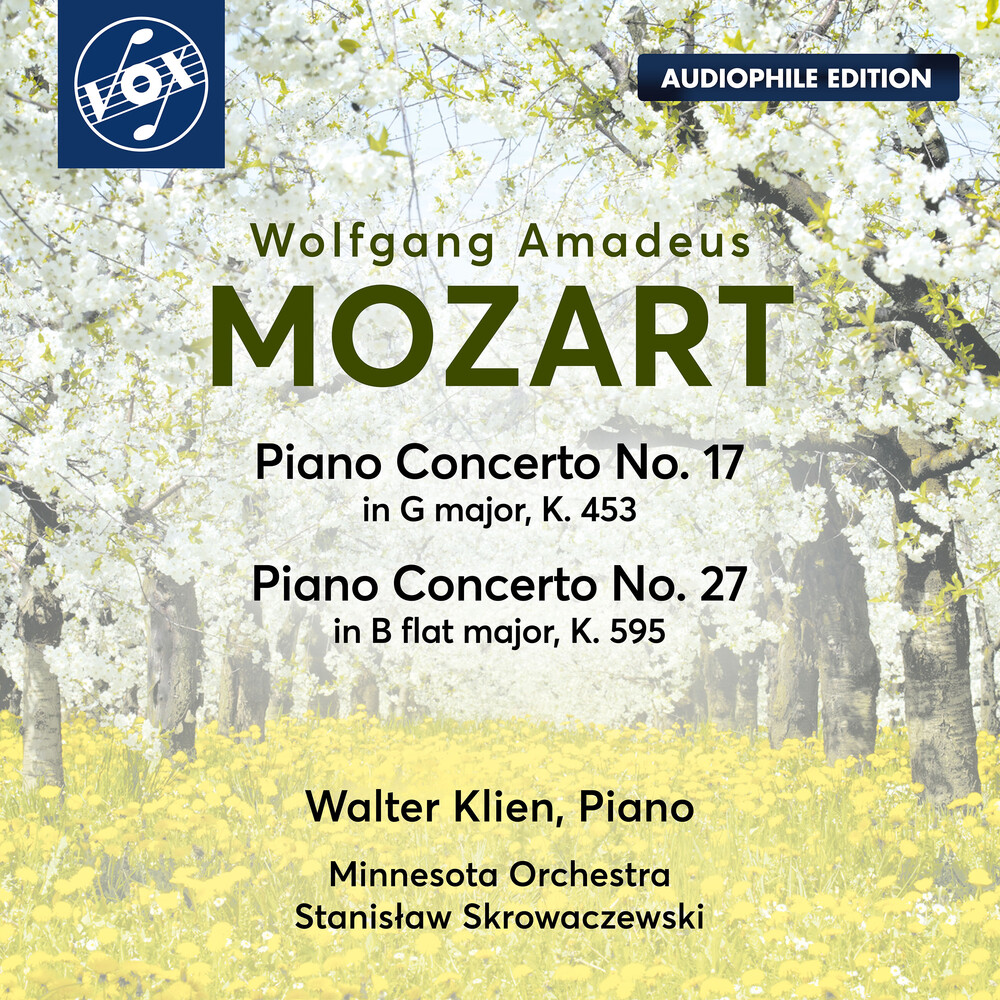 The piano concerto was the category in which Mozart most consistently excelled, in which he most successfully combined elements of virtuosity and depth, of chamber music and symphonic style, of regard for his public and for personal expression. No. 17 is one of six piano concertos he composed in 1784, two of them, including this one, for one of the most talented of his own pupils, Barbara Ployer. Scored for the same instrumentation as No. 17, No. 27 was his last piano concerto. It stands alone, because it's content and character make it unique and it is deeply personal, having a feeling of subdued gravity. Pianist Walter Klien studied with Arturo Benedetti Michelangeli and Paul Hindemith and performed with the world's top orchestras. The present recording has been realized in 1978 by the famous production team of Joanna Nickrenz and Marc Aubort from the appopriately named "Elite Recordings". Many of their projects have achieved meanwhile collector status, especially those with American orchestras.