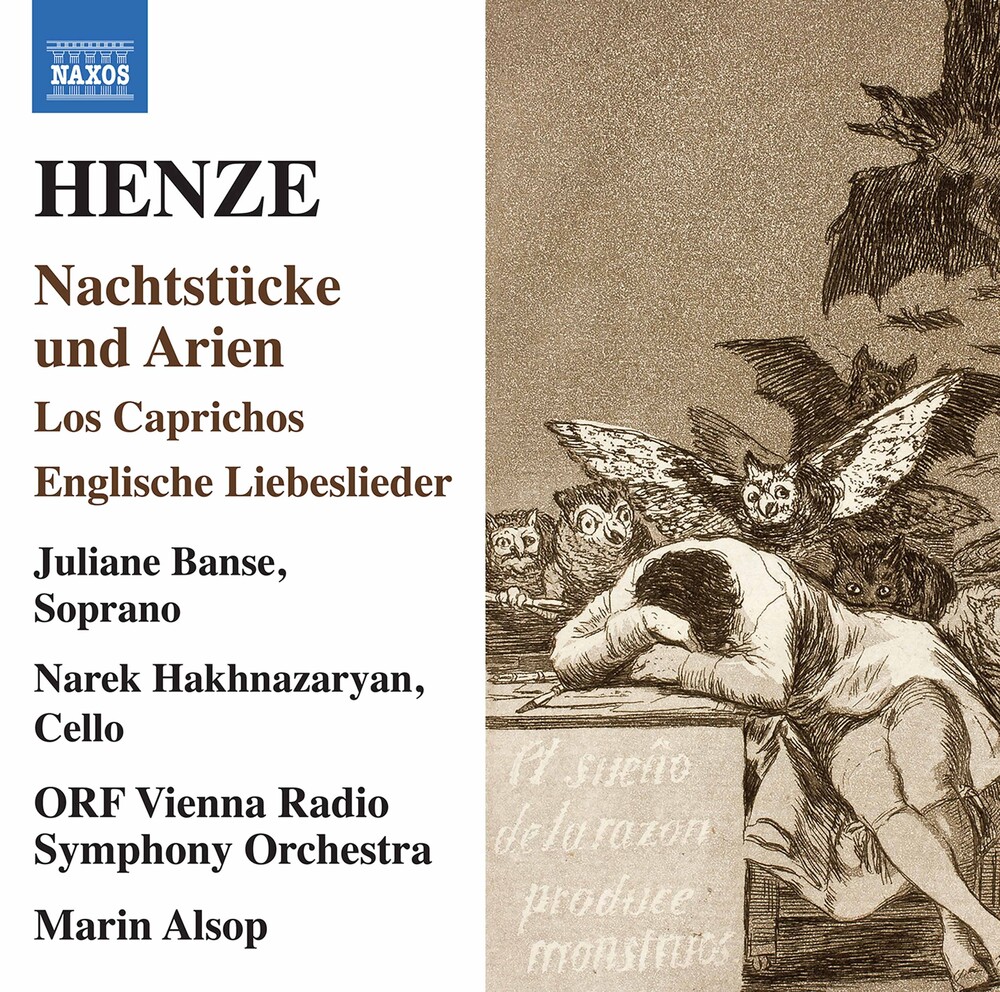 Hans Werner Henze was initially an avant-garde composer but Nachtstücke und Arien symbolised his departure from dodecaphonic writing, to the annoyance of his contemporaries Boulez, Nono and Stockhausen at Darmstadt. With this new direction Henze's music became highly rhapsodic, as heard in the challenging but lyrical solo cello that suggests the intimate texts of the Englische Liebeslieder. Referring to Goya, Los Caprichos captures the strangeness of this artist's visions with long-breathed melodic lines and fleeting changes of texture, from military-sounding bustle to moments of profound stillness. Marin Alsop is chief conductor of the ORF Vienna Radio Symphony Orchestra, which she leads at Vienna's Konzerthaus and Musikverein, and on recordings, broadcasts and tours. Her discography includes acclaimed Naxos recordings of symphonies by Brahms with the London Philharmonic, Dvor?ák with the Baltimore Symphony, and Prokofiev with the Sao Paulo Symphony. The first and only conductor to receive a MacArthur Fellowship, Alsop received the World Economic Forum's Crystal Award and was the first woman to conduct the BBC's Last Night of the Proms. She is director of graduate conducting at the Peabody Institute and holds honorary doctorates from Yale University and The Juilliard School.