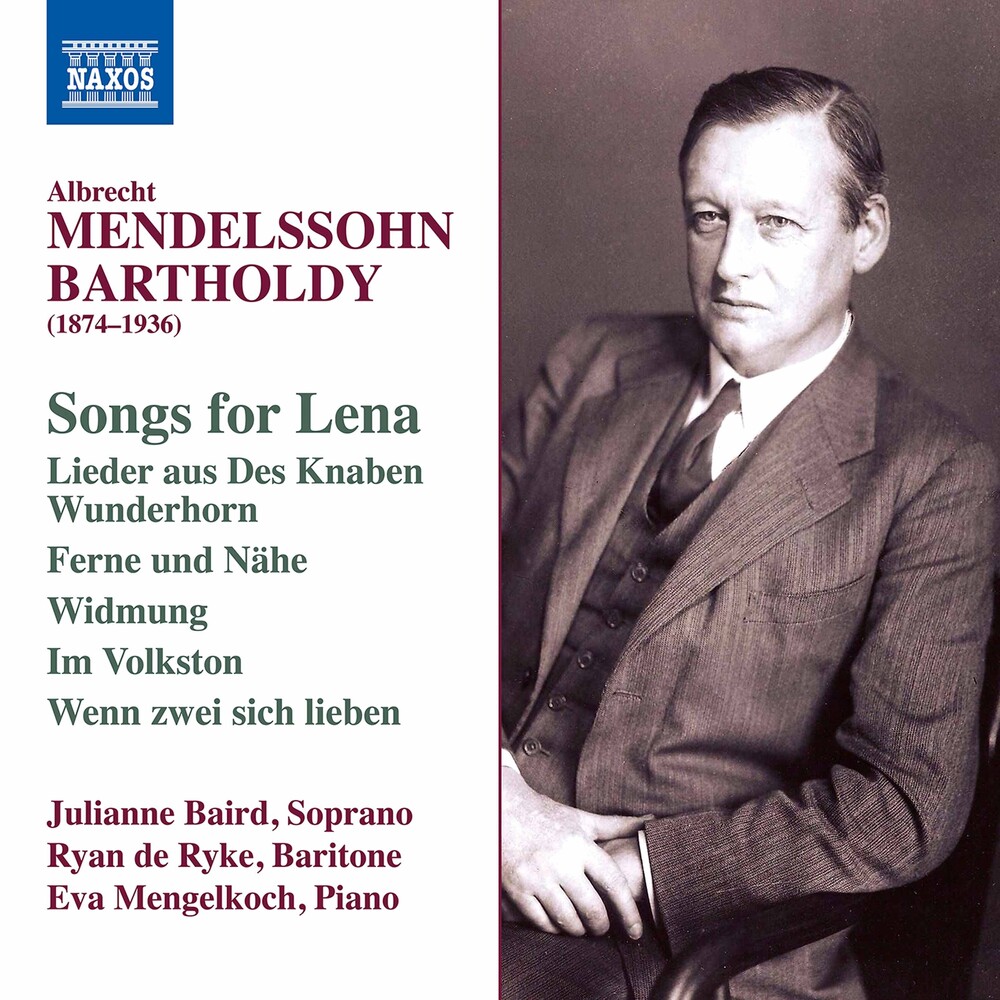 Albrecht Mendelssohn Bartholdy was the grandson of Felix Mendelssohn. He was also a polymathic intellectual - a prestigious jurist, political scientist, and one of Germany's observers to the Treaty of Versailles negotiations in 1919. Conscious of his heritage he also wrote songs, taking texts from Eichendorff, Goethe, Heine and the folk collection Des Knaben Wunderhorn, as had Felix and Fanny Mendelssohn. These ardent love songs were inspired by his student Magdalene 'Lena' Schoch who, soon after her graduation, became the composer's indispensable and trusted colleague and confidante. Through songs Albrecht Mendelssohn Bartholdy was able to reveal and profess his true sentiments, in a form seemingly acceptable to his family. And by setting to music poets whom Felix and Fanny had chosen earlier (Eichendorff, Goethe, Heine, and the folk song collection Des Knaben Wunderhorn), Albrecht paid tribute to his ancestors while consciously joining the lineage of the Mendelssohn family's musical tradition. Albrecht's commitment to the cultural heritage of his hometown is reflected in his frequent choice of lesser-known poets from Karlsruhe.